Dubai Silicon Oasis, Dubai, 23 February 2020 – Up and coming German sprinter Pascal Ackermann started his 2020 UCI WorldTour campaign on the right foot as he dominated a star-studded field of fast men in Stage 1 of the UAE Tour. He beat Australia’s Caleb Ewan and France’s Rudy Barbier in a hotly contested bunch gallop in Dubai Silicon Oasis. The Pocket Rocket will be avid for a revenge on Stage 2 that finishes uphill in Hatta Dam where he won last year.

Data collected by Velon’s devices on the riders’ bikes tell the detailed story of the stage and of the riders. An infographic about today’s stage can be downloaded here. 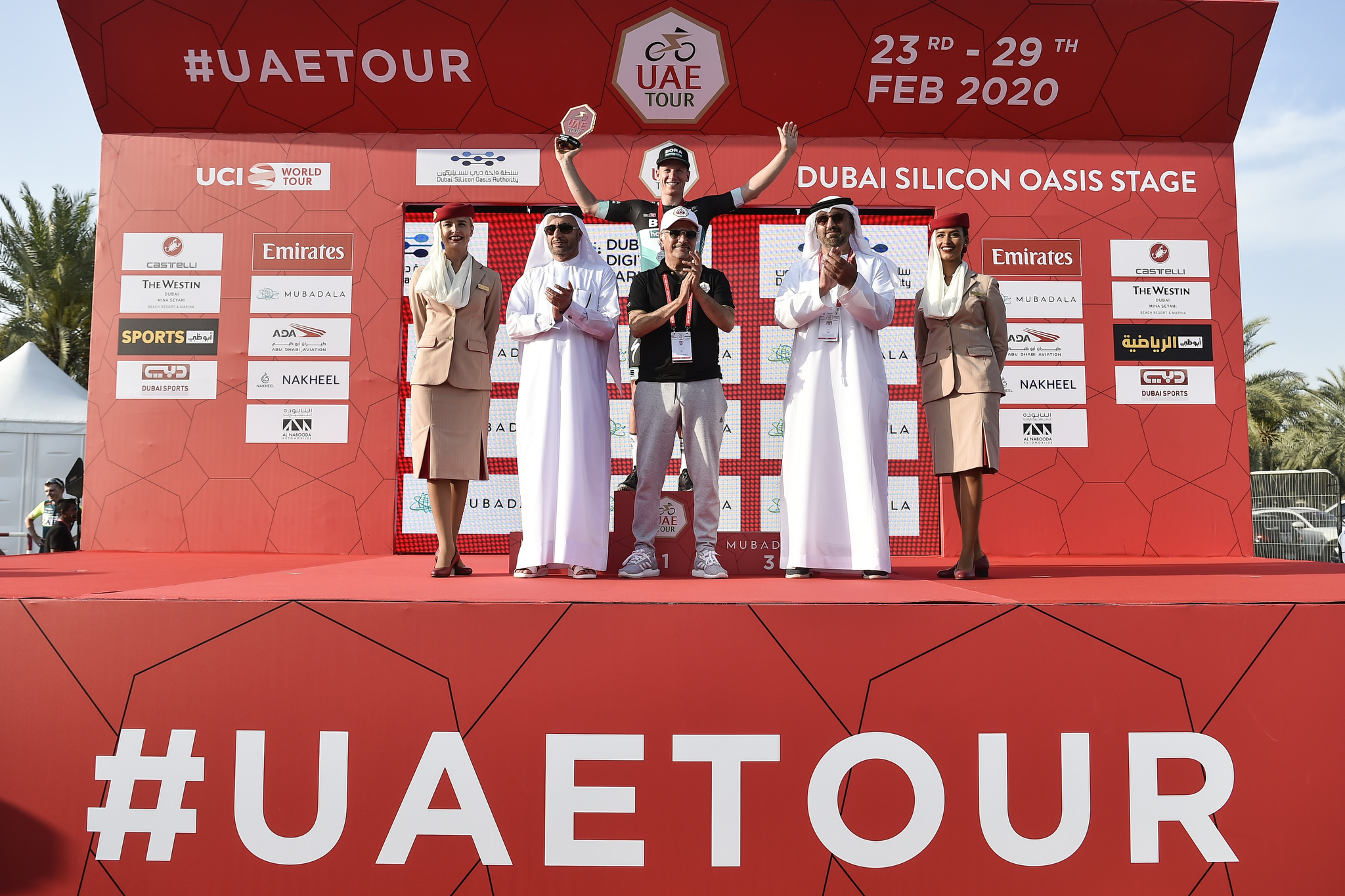 The Green Jersey, sponsored by Mubadala (General individual classification by points) – Pascal Ackermann, to be worn tomorrow by Caleb Ewan 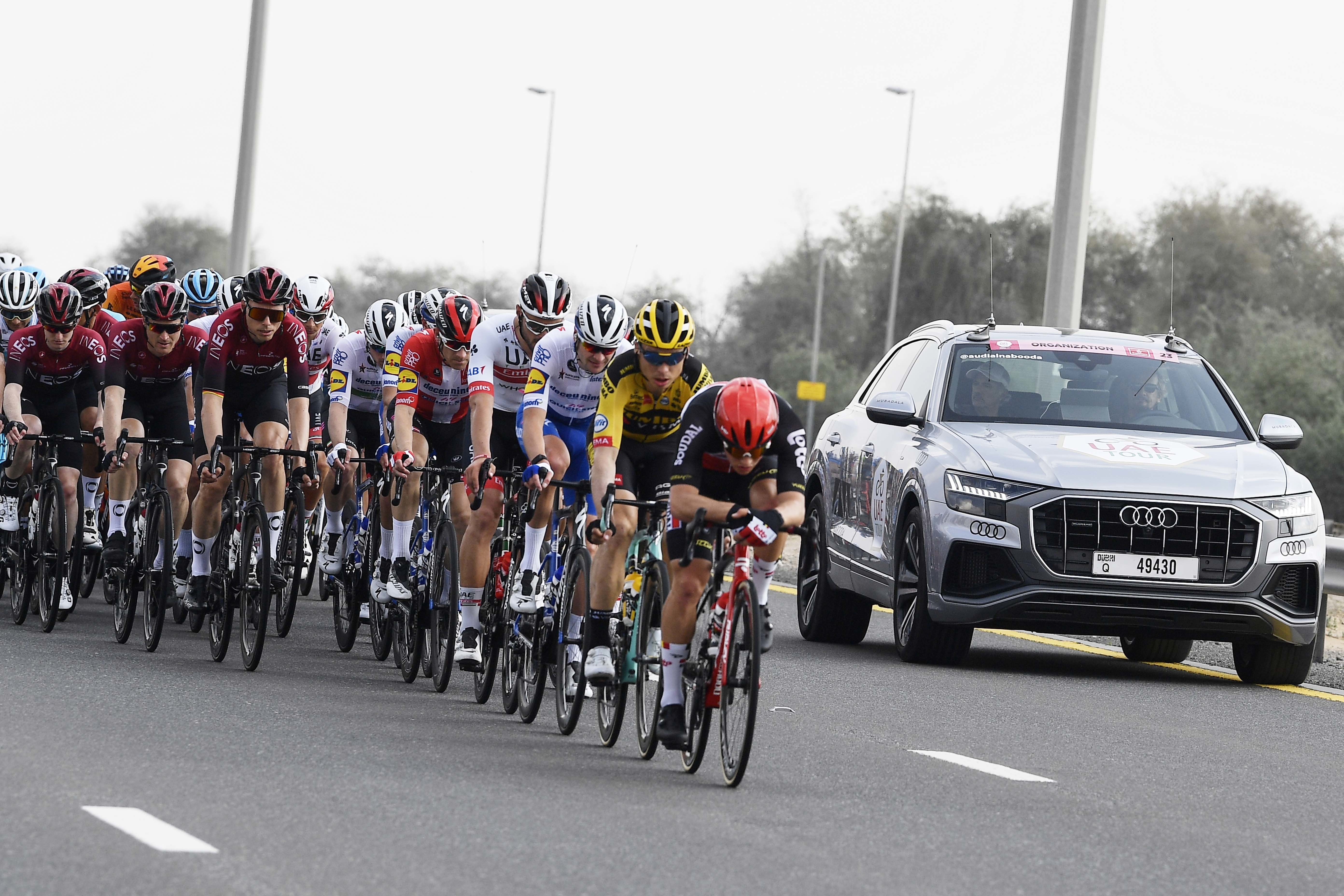 PRESS CONFERENCE
Pascal Ackermann said in the press conference: “It’s never easy to have a good sprint, but I saw a gap as we already had a high speed. It was a big surprise for the other sprinters that I went so early, but we did everything right. We spoke with my lead out man Rudi[ger Selig]. He asked me what train I wanted and I replied ‘I just trust you’. So we were looking for each other, not the other sprinters. At this time of the year, you never know who is in good shape, and it happens that everybody is in good shape. We tried something different today and it was good. Last year, the Giro d’Italia was the first big goal of my career. Winning the first sprint has been a big step for my head. It gave me a lot of confidence. This year, we’ll try and win some sprints and we’ll have two possibilities for winning them with Peter [Sagan]. Maybe we can create some surprises. I’m looking forward to the Giro again.” 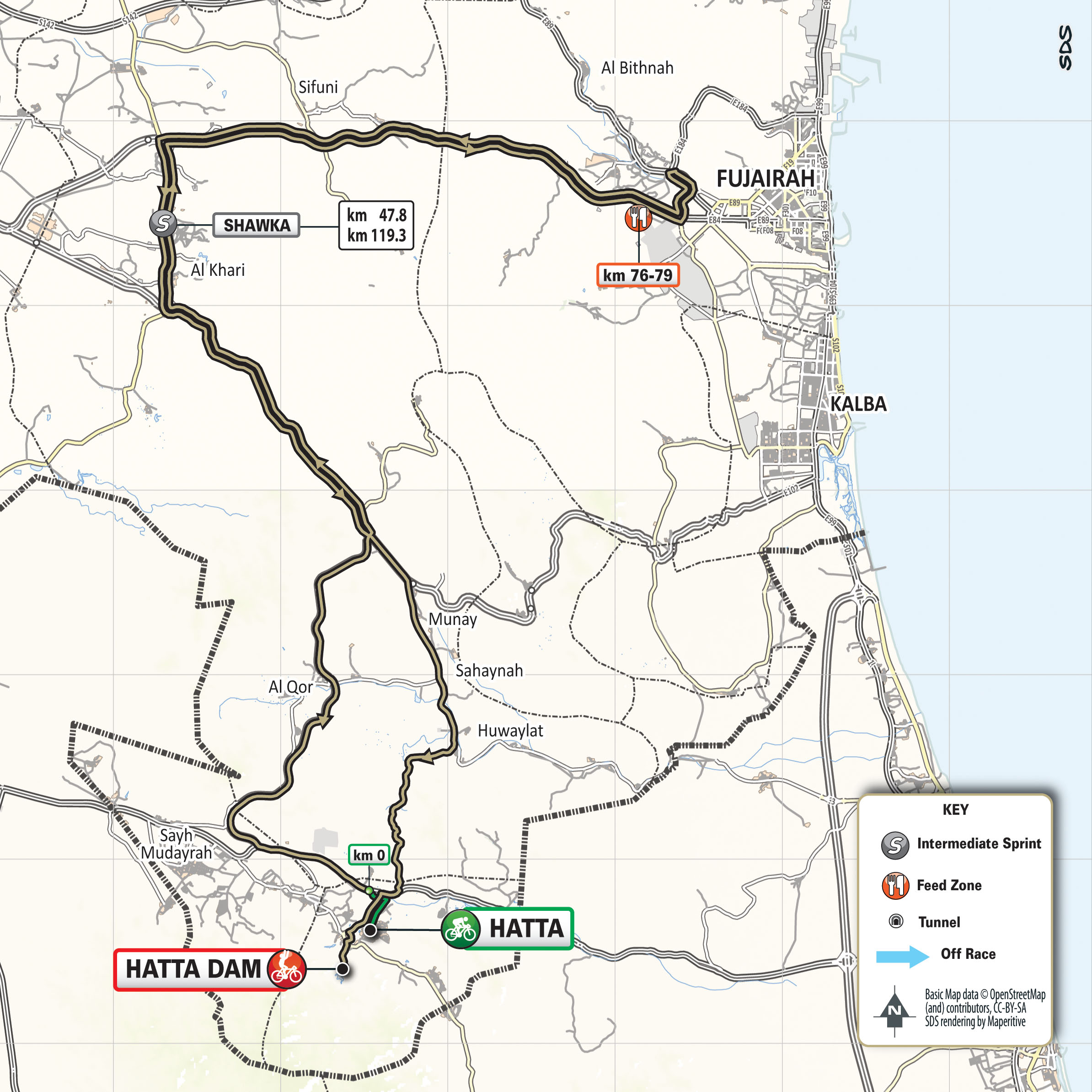 THE ROUTE
Stage 2 – DUBAI MUNICIPALITY STAGE – Hatta – Hatta Dam (168km)
The stage starts from Hatta (Heritage Village) and crosses the Hajar Mountains and the surrounding desert on wide, straight roads with continuous undulations. After the turning point in Fujairah the route returns towards Hatta. Beyond Munay, the route turns to Huwaylat and from there to Hatta Fort. In that stretch the route overcomes two short climbs with slopes around 10% and a series of fords in concrete. In its finale the route crosses Hatta before the challenging climb of Hatta Dam which reaches 17%.

Last km
The last 3km present a continuous ascent with some marked bends ahead of the final climb that leads to the dam. After a short stretch of about 200m with slopes ranging from 12% to 17% the final 150m straight is on 5m wide asphalt. 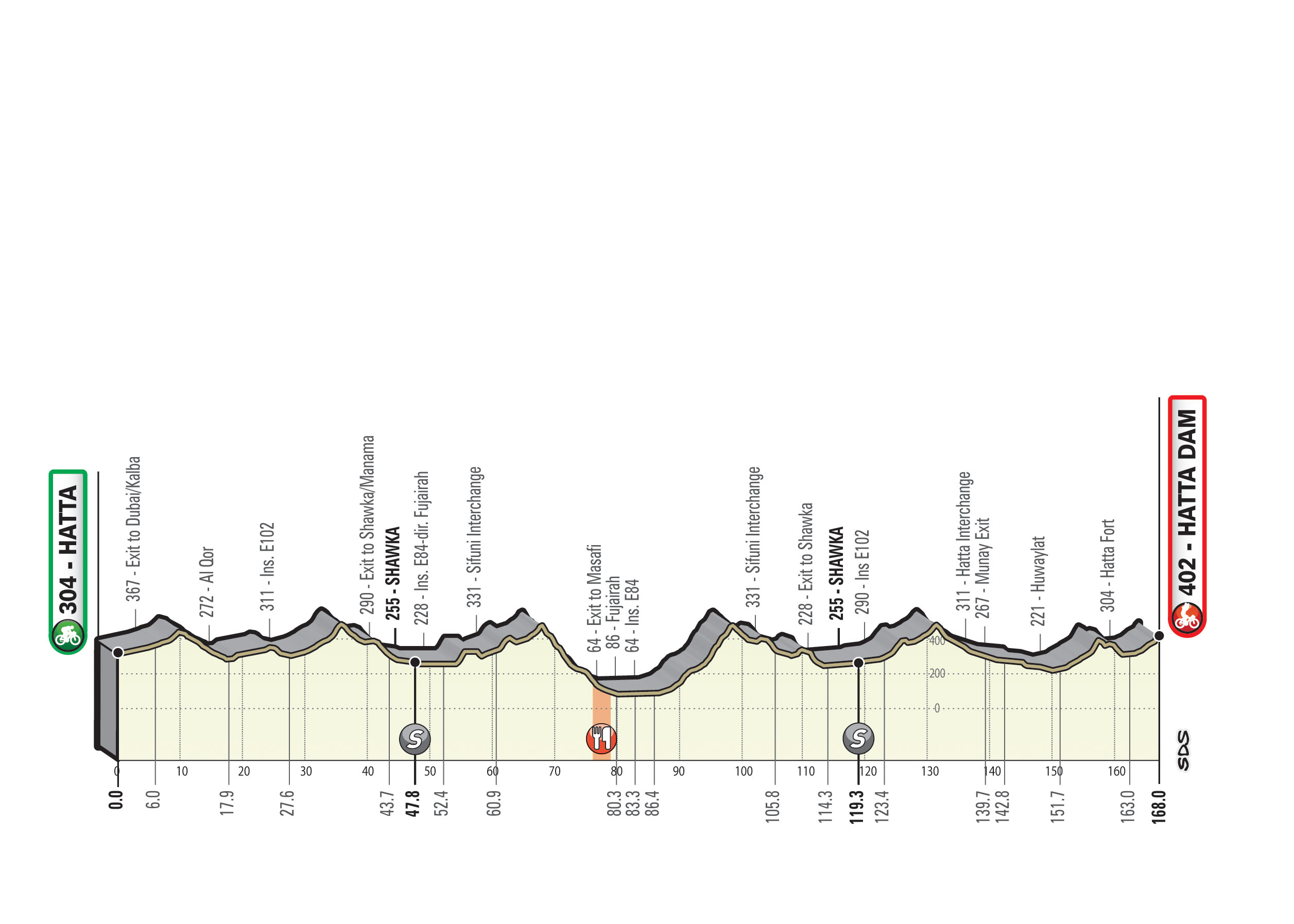