Jebel Hafeet, 25 February 2020 – Great-Britain’s Adam Yates claimed a big victory atop Jebel Hafeet on Stage 3, the Emirates Stage, on his first participation in a bike race in the UAE as he soloed up the 10km long hill. Reaching the summit he took an advantage of more than one minute over his rivals, the closest of which was hot favourite Tadej Pogacar from Slovenia, who had to settle for second place and best young rider position. Kazakhstan’s Alexey Lutsenko rounded out the Stage 3 podium in the second edition of the UAE Tour. 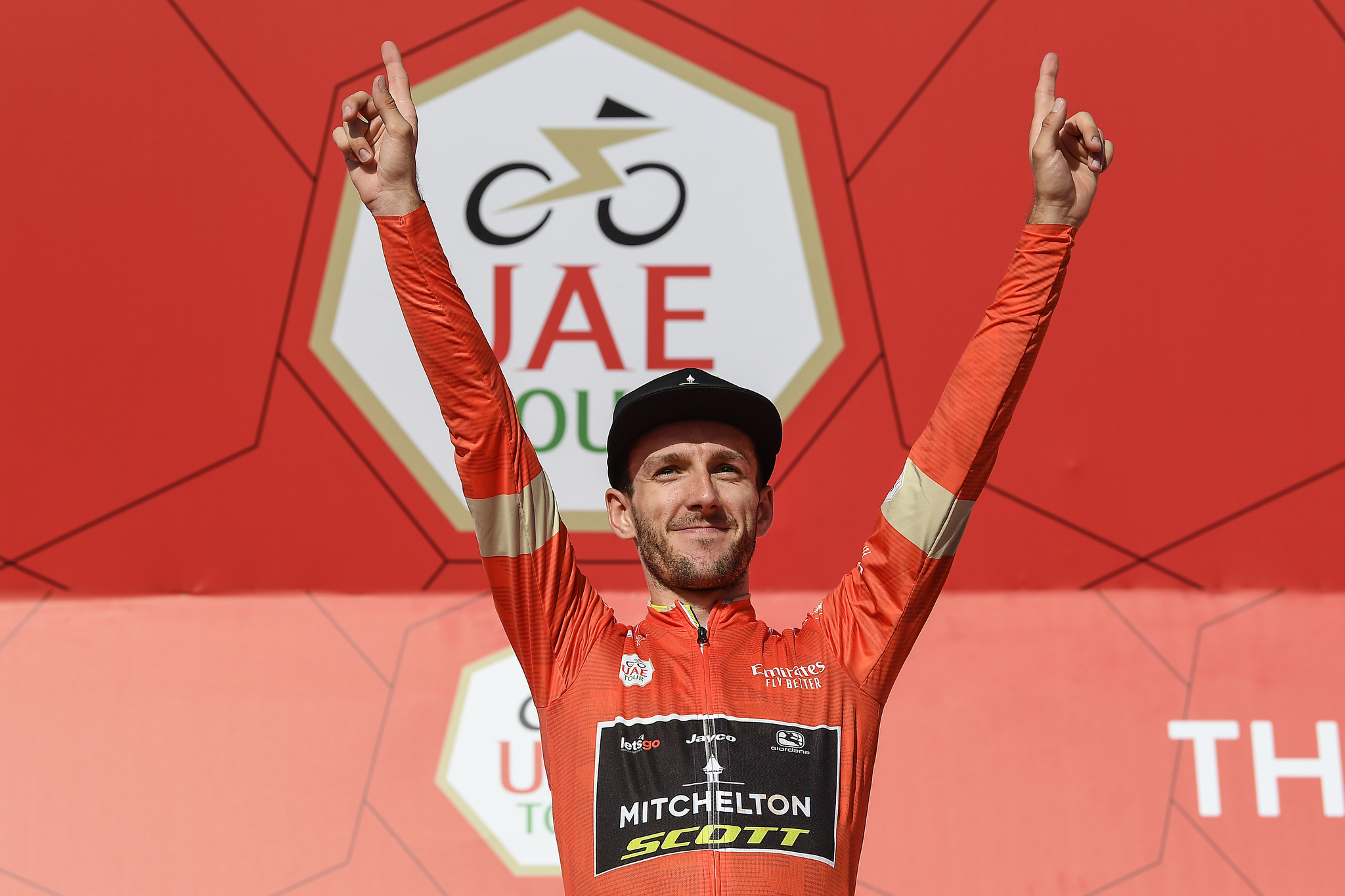 PRESS CONFERENCE
Stage winner and GC leader Adam Yates said: “I just went solo to test the legs and see who’d come with me to take conclusions from there. I felt super and no one came with me. I went full gas at the front and it worked out well even though it was very hot for me today, around 37° for most of the race. It’s my first race of the year so I didn’t know how I’d feel and who’d be up against me, especially with the young guys coming up. I still feel young but I get older every year. Now I just have to stay on my toes to try and win the race overall.” 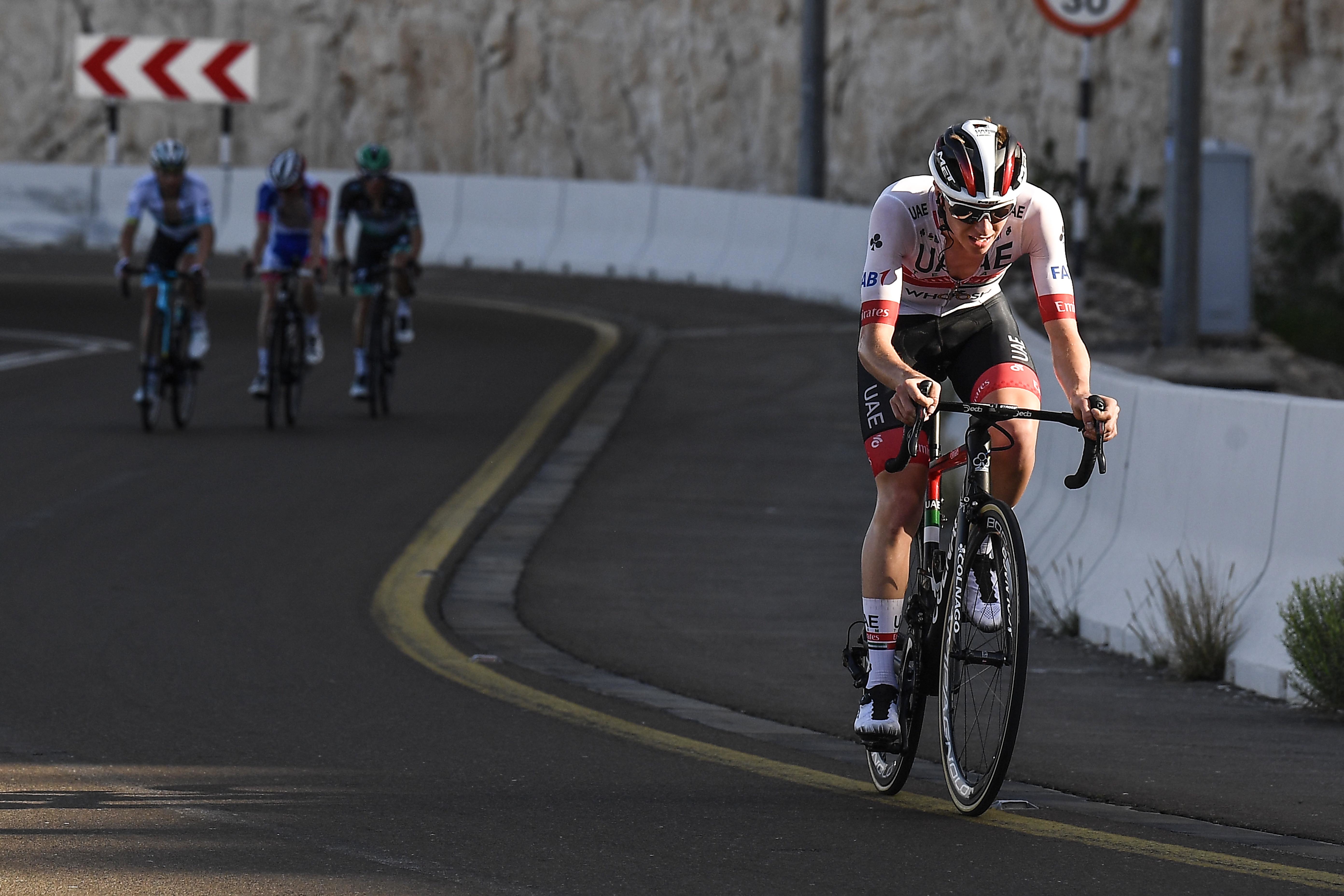 Tadej Pogacar, second on the line, said: “I may be a little bit disappointed not to win, but I saw how good Adam [Yates] was. I could have followed him for longer but for sure he would have won anyway because he was stronger. I could just have lost with a smaller gap. For sure I’ll try to attack him on the climb when we’ll come back here in two days but he might still be too strong for me.” 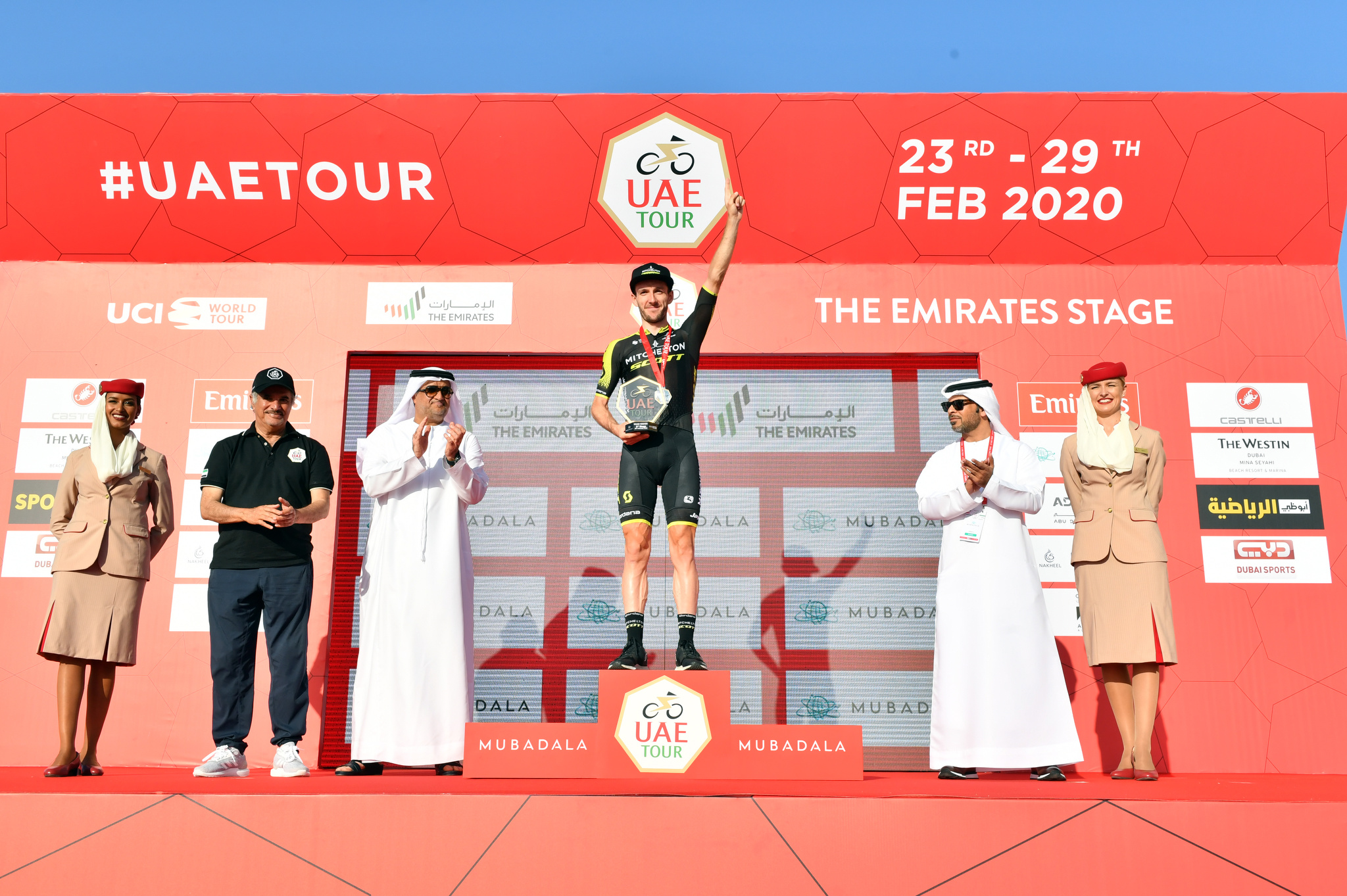 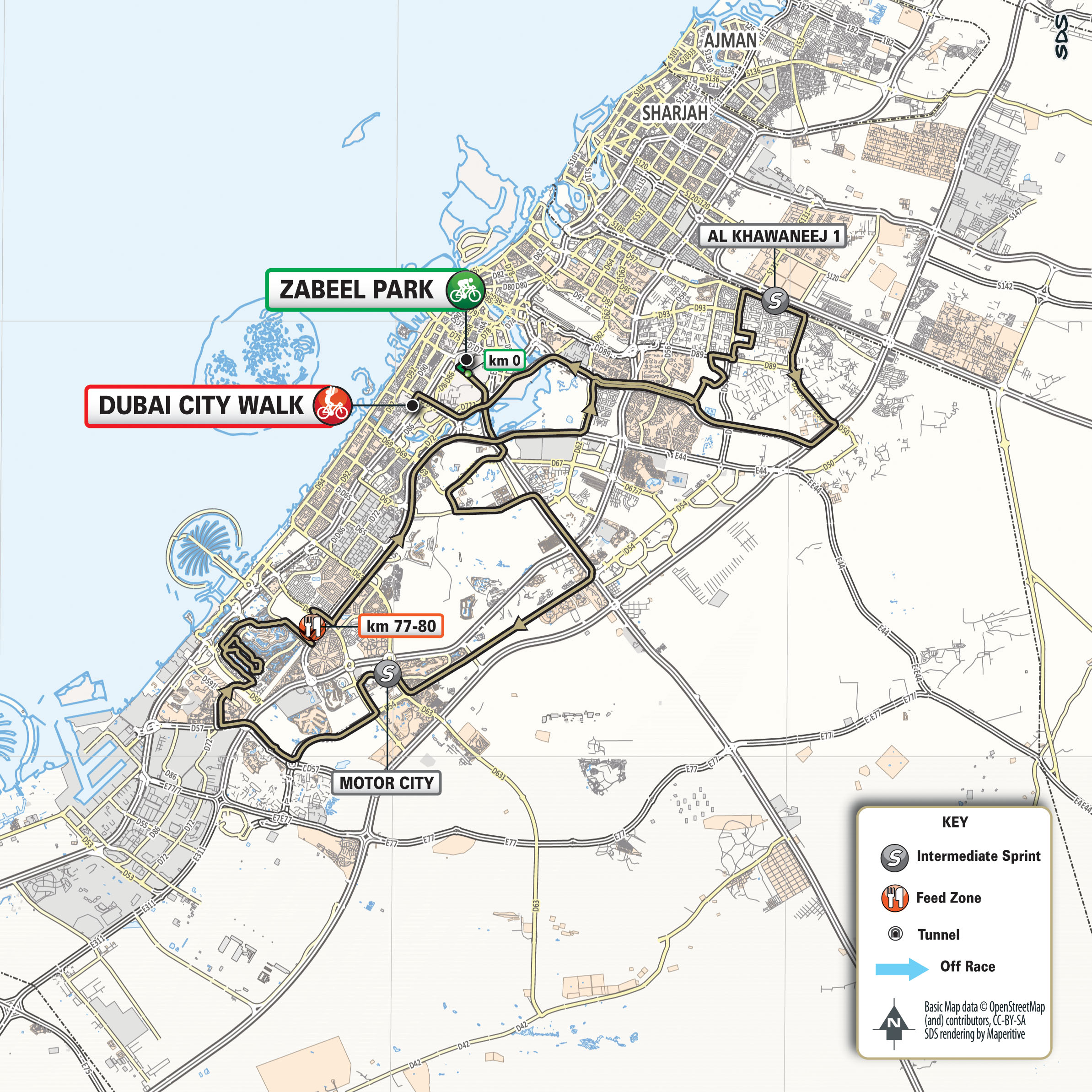 THE ROUTE
Stage 4 – EMIRATES NBD STAGE – Zabeel Park – Dubai City Walk (173km)
The popular walkway through Dubai’s streets now also becomes a favourite racing route. After departing from Zabeel Park this stage joins sections of the classic route with the familiar crossing of Mushrif Park and Motor City before facing the finish in City Walk. Stage 4 is one for the fastest wheels.

Last km
Leaving Nad al Shamma the route runs on wide roads to the final bend at 500m where it enters City Walk and heads to the 8.5m wide finish on block paving tiles. 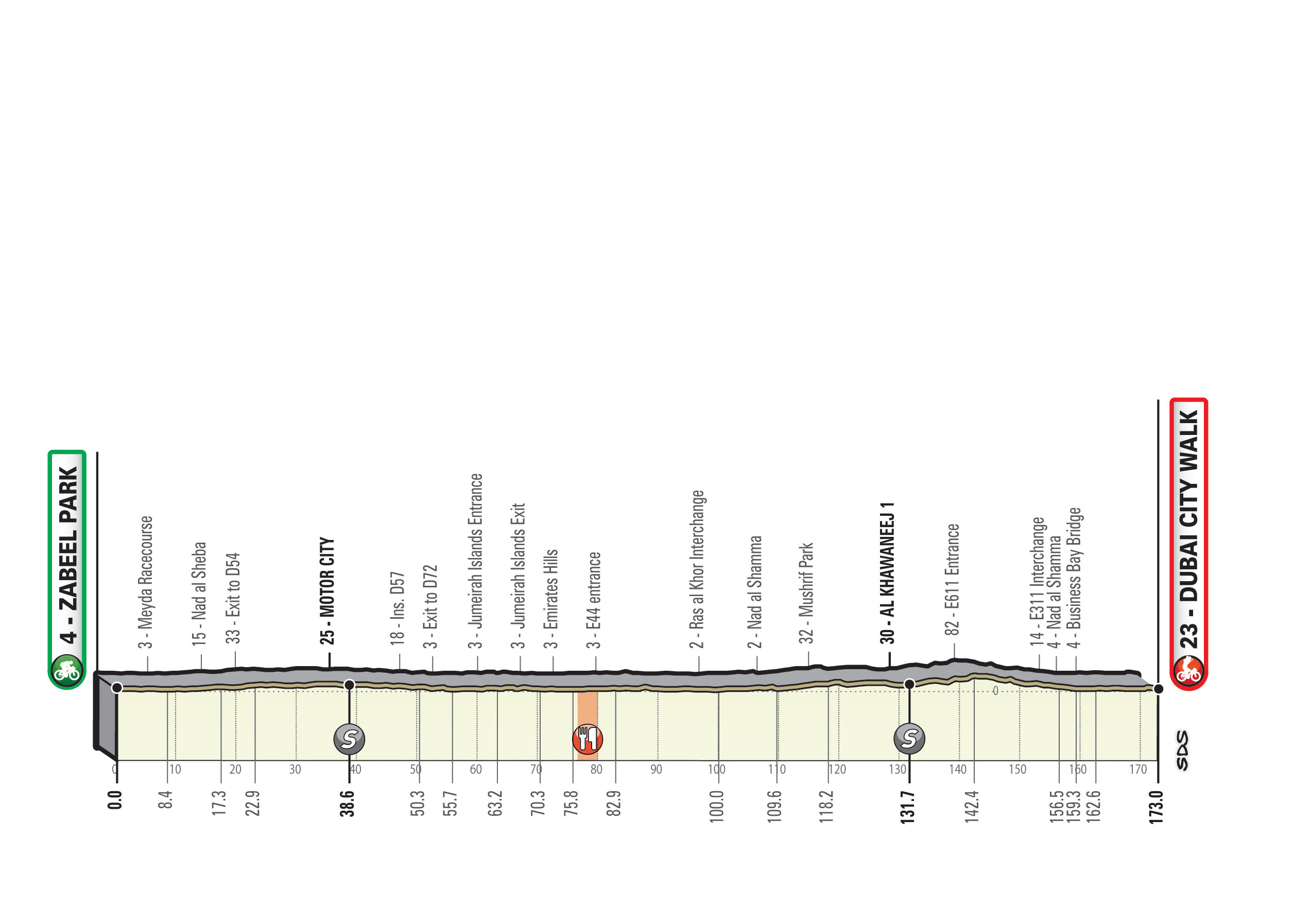 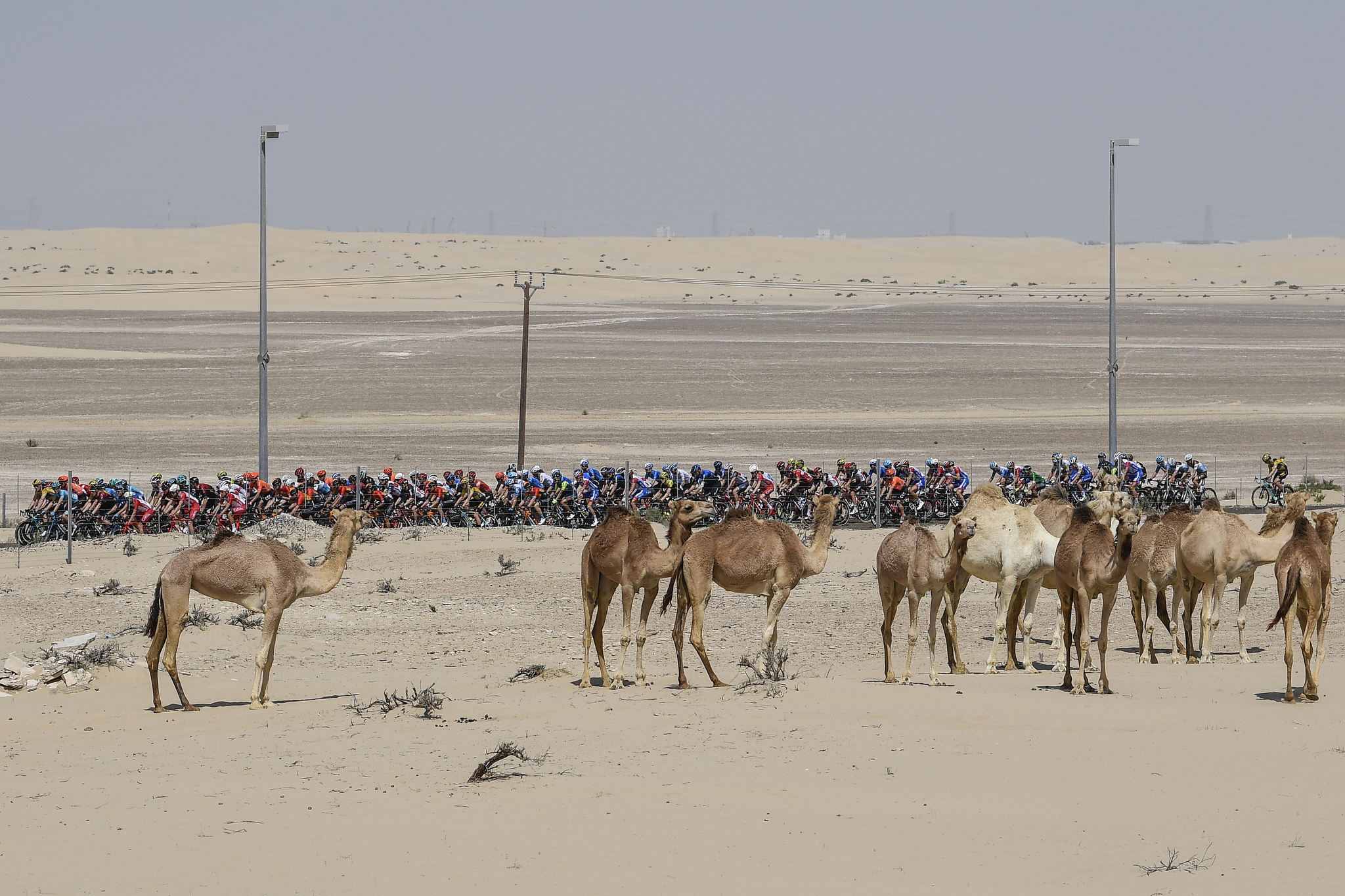