Adam Yates wins Stage 3, the Emirates Stage, of the UAE Tour and is the new Red Jersey

Jebel Hafeet, 25 February 2020 – Adam Yates has won Stage 3, the Emirates Stage, of the second edition of the UAE Tour, ahead of Tadej Pogacar and Alexey Lutsenko. Adam Yates is the new leader of the GC and was awarded the Red Jersey. 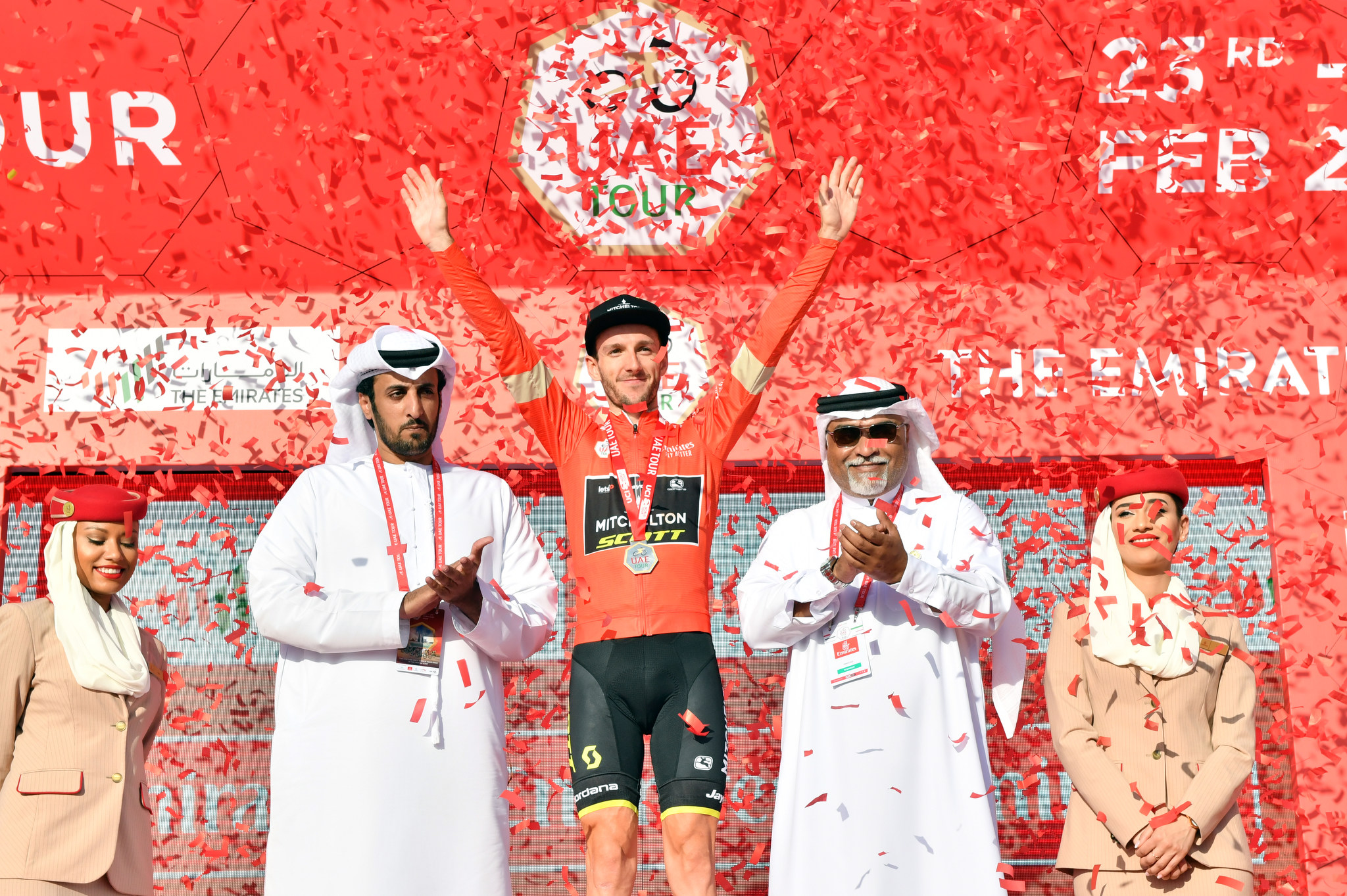 Speaking seconds after the stage finish, the winner and new leader of the GC Adam Yates said:“I attacked early because, this race being the first of the season for me, it was hard to know how everyone is going. I just wanted to test the legs. Maybe I attacked too early but in the end I felt good. One minute difference is a lot but we’ll have to do this climb again and maybe my legs will not be so good. I also heard there might be crosswinds tomorrow so I’m still far from the overall victory.”