Hatta Dam, 24 February 2020 – A hot favourite to win Stage 2’s uphill finish at Hatta Dam, where he claimed victory last year, Australia’s Caleb Ewan handled the pressure to make it two in a row. Ewan finished ahead of Ireland’s Sam Bennett, who led the charge at the bottom of the brutal final climb, and Arnaud Démare. The Australian took the overall lead of the UAE Tour, while climbers like Slovenia’s Tadej Pogacar, who sprinted for third place in an intermediate sprint on Stage 2, are expected to take over at the summit of Jebel Hafeet on Stage 3. 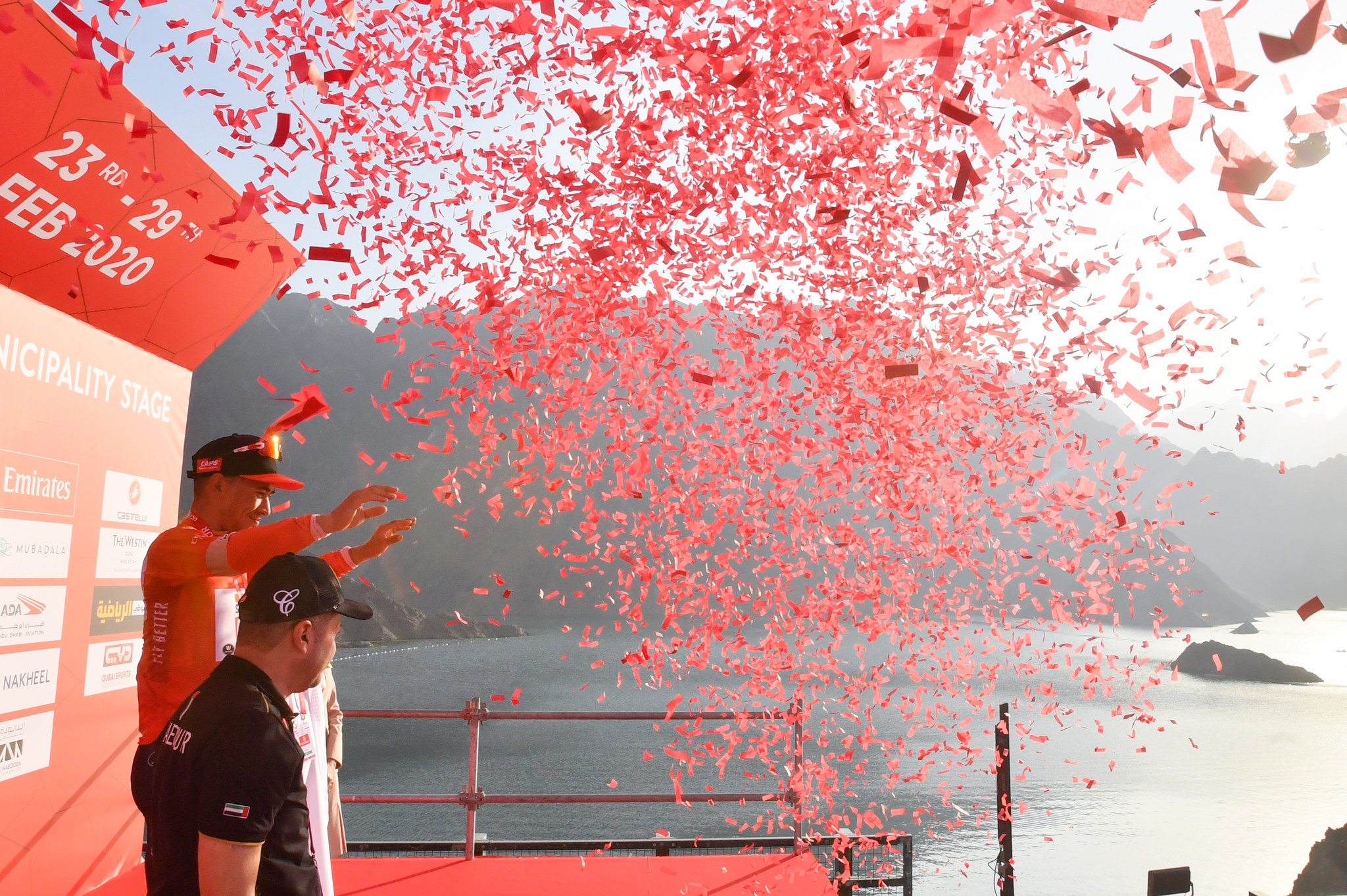 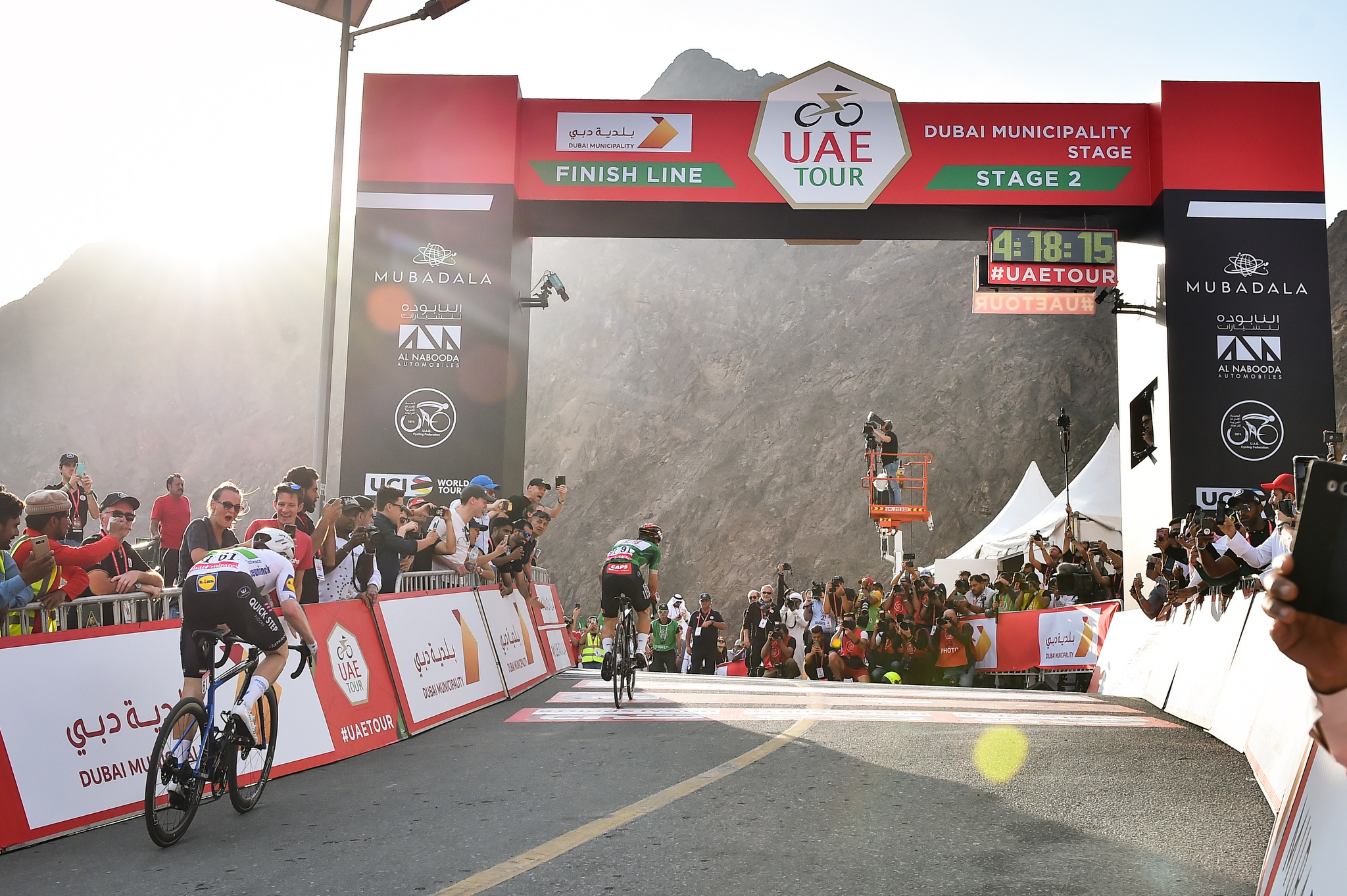 PRESS CONFERENCE
The stage winner and Red Jersey Caleb Ewan said: “I knew from last year that you can see the finish from the bottom of the climb to Hatta Dam and it doesn’t look so far but it’s very hard and we don’t go so fast up that hill. I made sure that I kept the energy I needed for the last 50 metres. After the successful season I had last year I really wanted to start this season well and keep the momentum. This year’s start is better than last year’s. Milan-Sanremo is the race I’ve really been aiming for at the start of every season in the past few years. Nothing changes here. It’s my big goal for the first part of 2020. This year we’ll have an even better team than last year and we have a second option with Philippe Gilbert if the race is hard.” 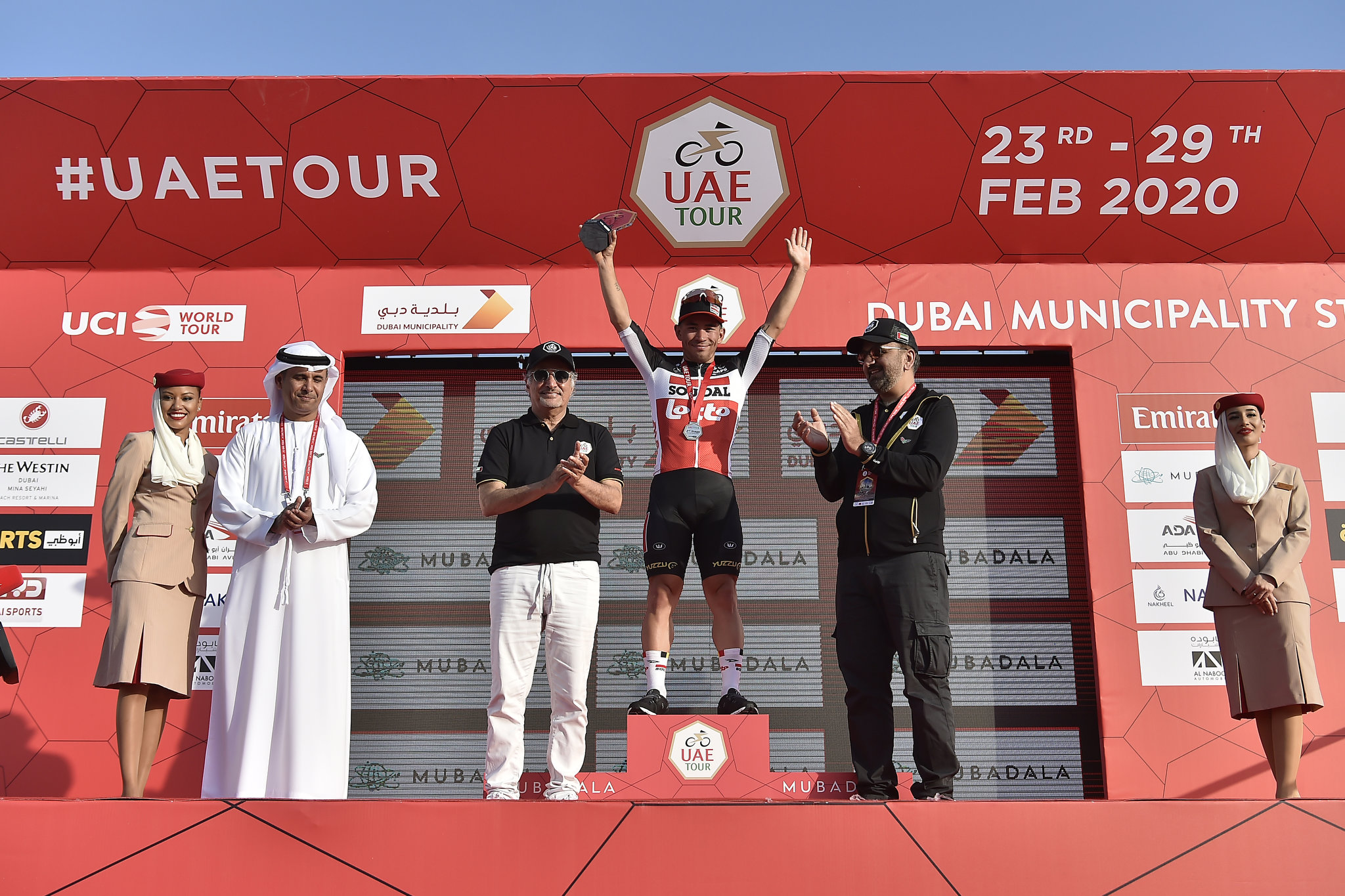 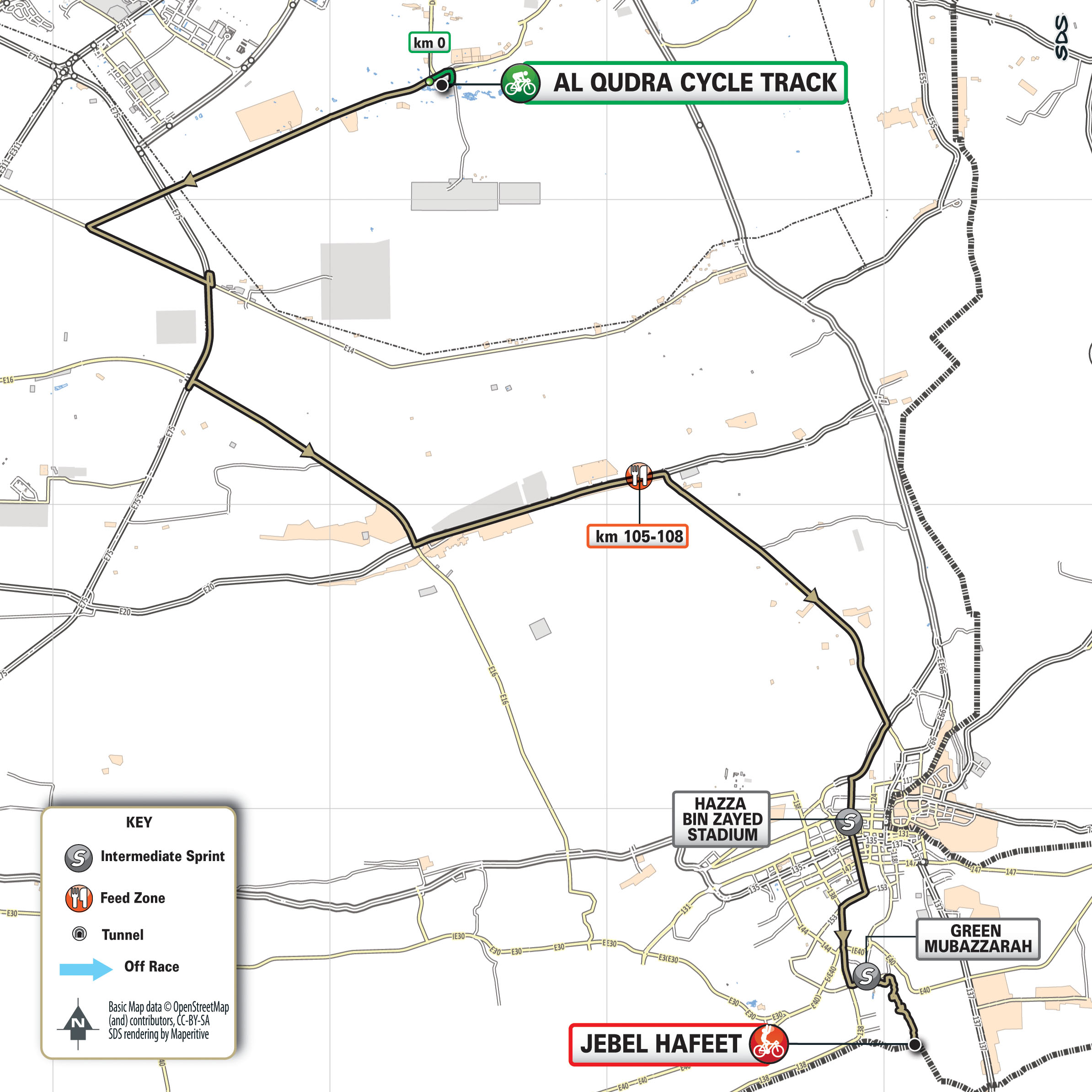 THE ROUTE
Stage 3 – THE EMIRATES STAGE – Al Qudra Cycle Track – Jebel Hafeet (184km)
Stage 3 connects Dubai with Abu Dhabi. After departing from Al Qudra the route crosses the desert on long straights until reaching Al Ain, where it passes many of the city’s symbolic places, including some sections in common with Stage 5. The route continues up to Green Mubazzarah to begin the final ascent of Jebel Hafeet, with its 10km and slopes mainly around 8-9%, peaking at 11% 3km from the finish.

Last km
The final climb winds its way round wide hairpin bends on a three-lane roadway, with slopes mainly around 8-9%, peaking at 11% 3km from the finish. There are very short descents in the final km before the last ramp and a straight asphalt finish. 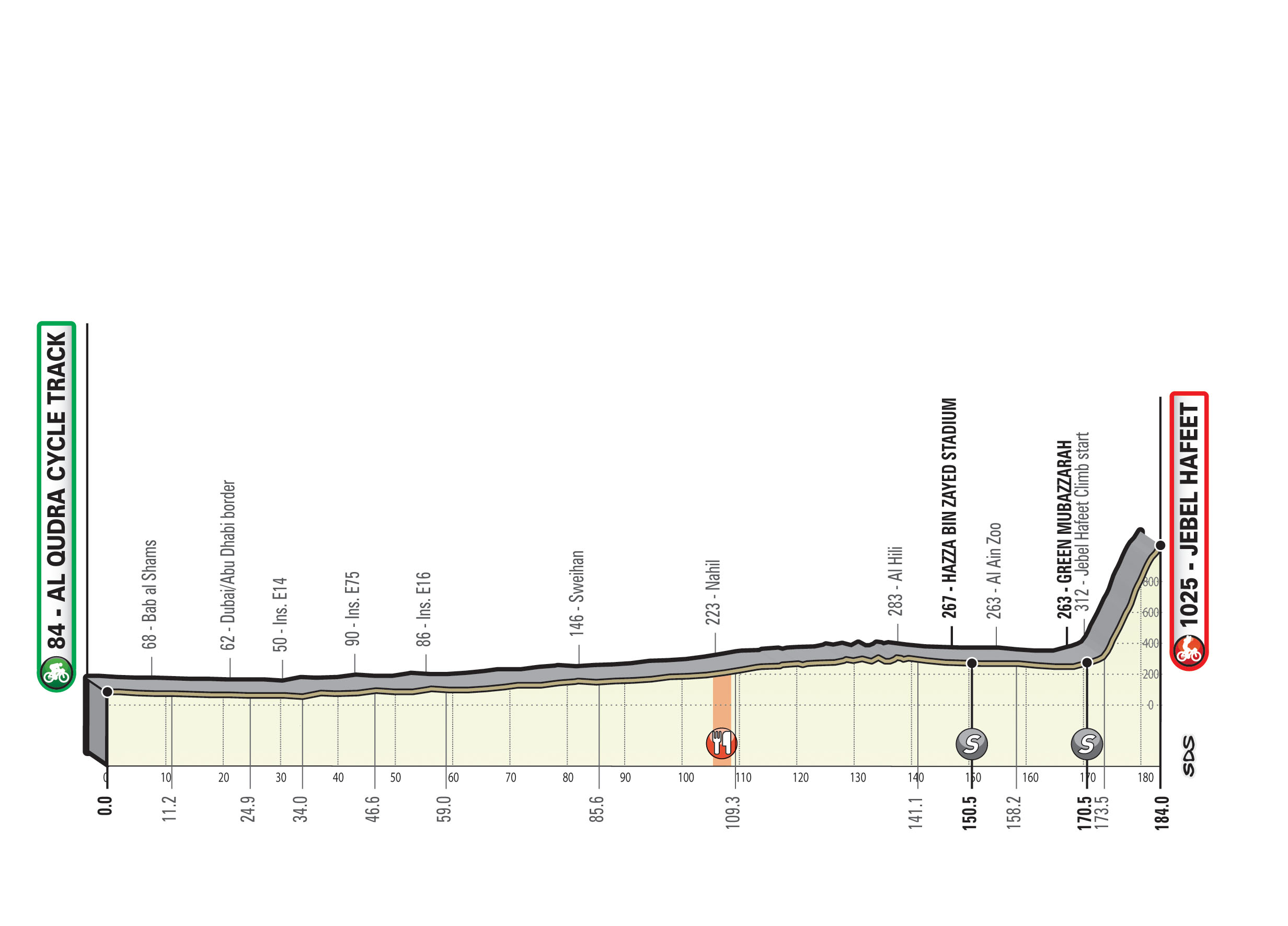 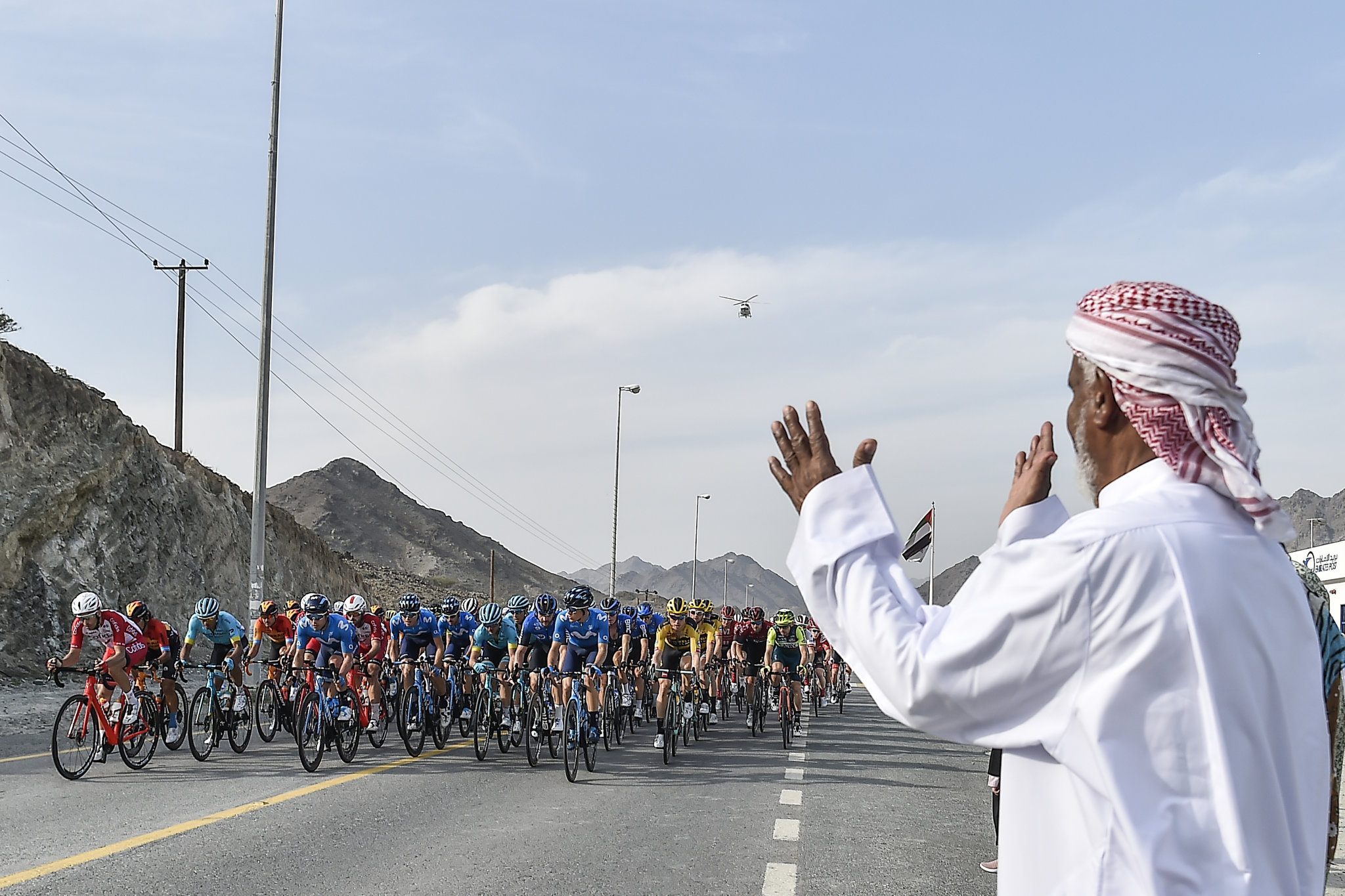