Caleb Ewan wins Stage 2, the Dubai Municipality Stage, of the UAE Tour and is the new Red Jersey

Hatta Dam, 24 February 2020 – Caleb Ewan has won Stage 2, the Dubai Municipality Stage, of the second edition of the UAE Tour, ahead of Sam Bennett and Arnaud Démare. Ewan is the new leader of the GC and was awarded the Red Jersey and the Green Jersey. 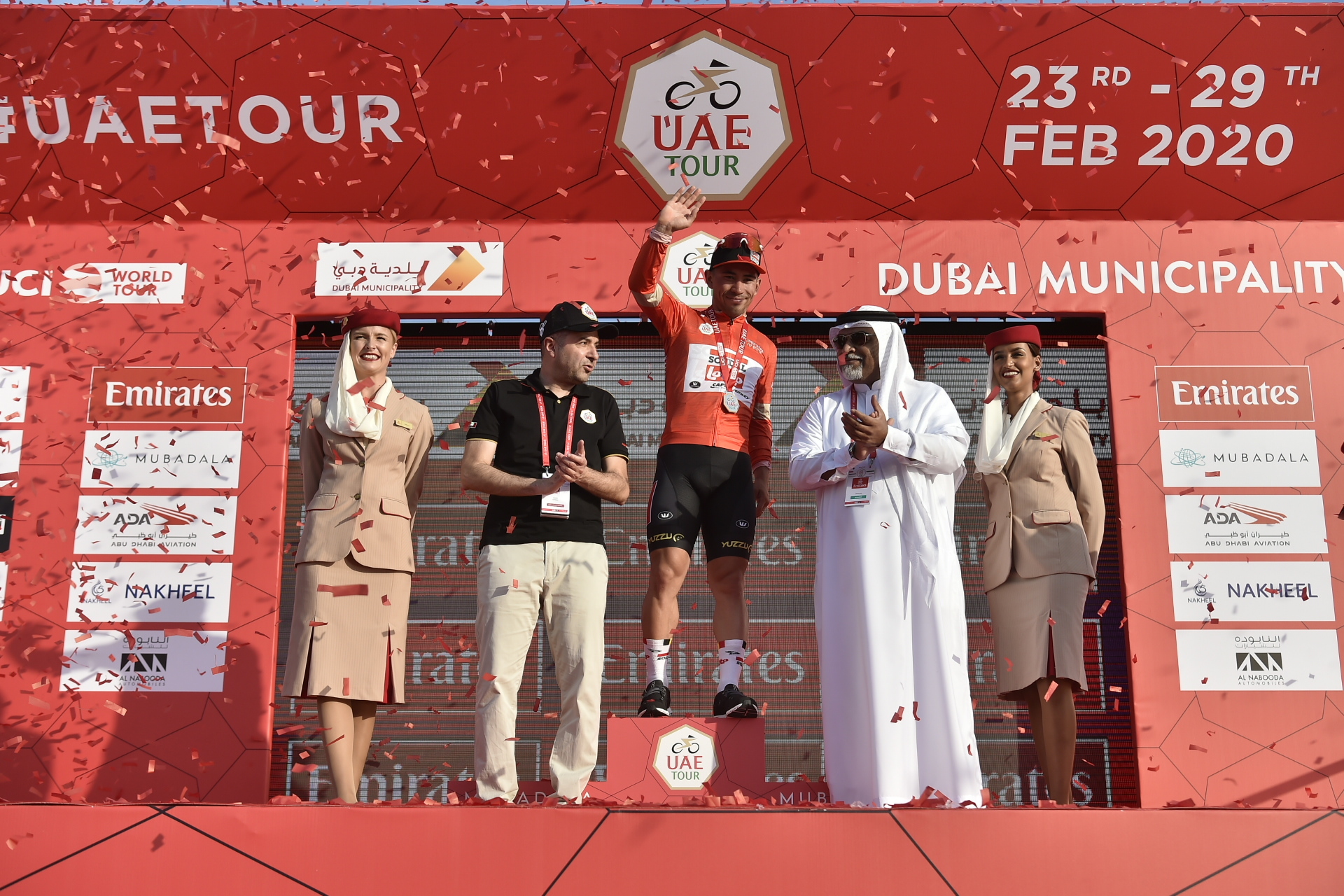 Speaking seconds after the stage finish, the winner and new Red Jersey Caleb Ewan said: “It’s great to win here again one year later. We thought it would be a harder stage this time but due to the absence of the wind it was a pretty straightforward race. My team positioned me perfectly. I wasn’t worried when Sam Bennett went before me because I knew this race was to be won in the last twenty meters. Now I lead the UAE Tour after I led the Santos Tour Down Under early this year. It always feels good leading a stage race even if it might last for only one day.”