Jebel Hafeet, 27 February 2020 – The second stage finish on the Jebel Hafeet ascent ended up with a very tight victory for Tadej Pogacar. The Slovenian threw his bike to the line to overhaul Kazakhstan national champion Alexey Lutsenko at the last second. Third placed Adam Yates secured the overall lead after trying to break clear despite the gusts of wind up the hill. Two relatively flat stages will bring the UAE Tour to a conclusion in Abu Dhabi on Saturday.

Data collected by Velon’s devices on the riders’ bikes tell the detailed story of the stage and of the riders. An infographic about today’s stage can be downloaded here. 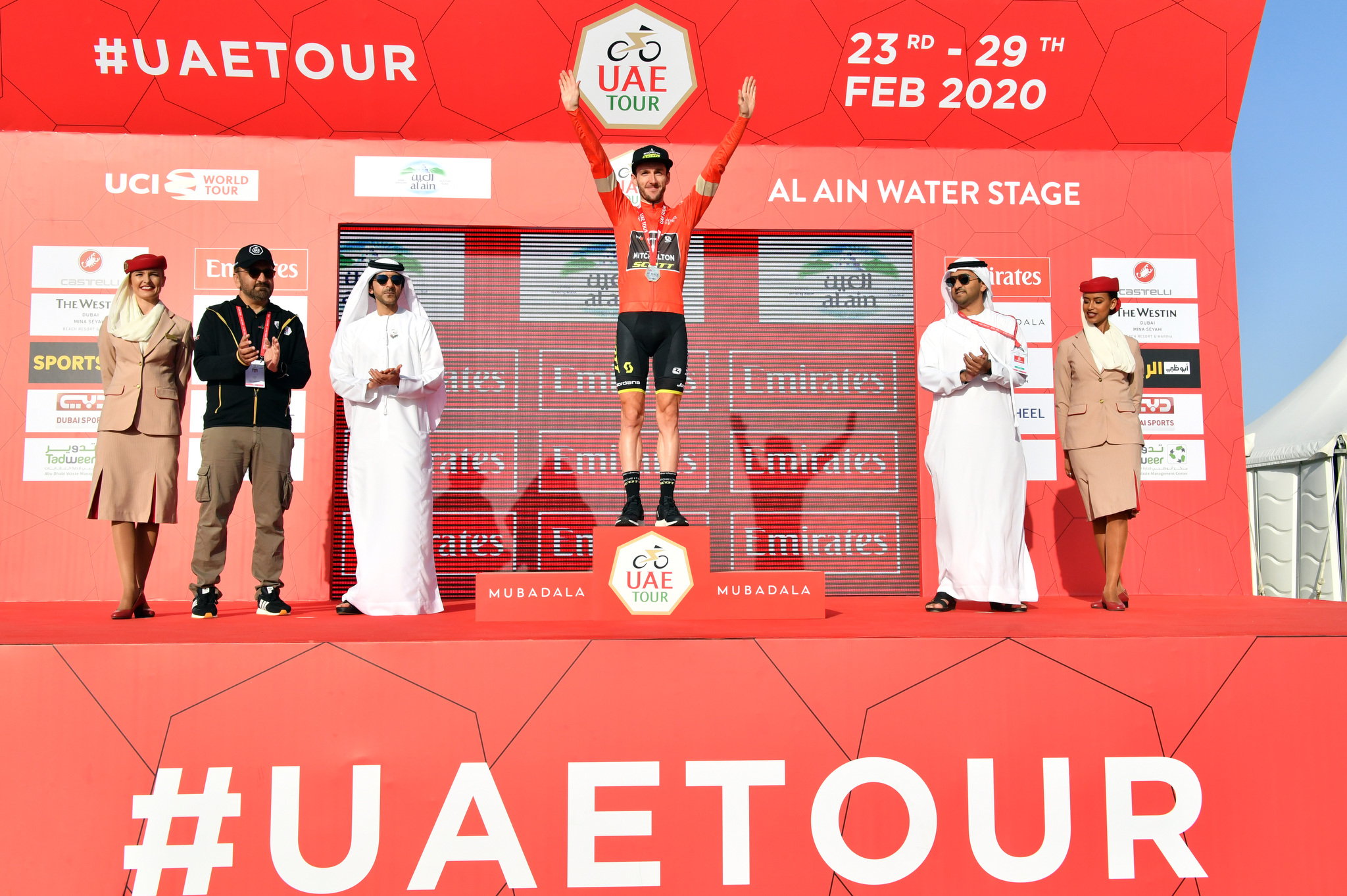 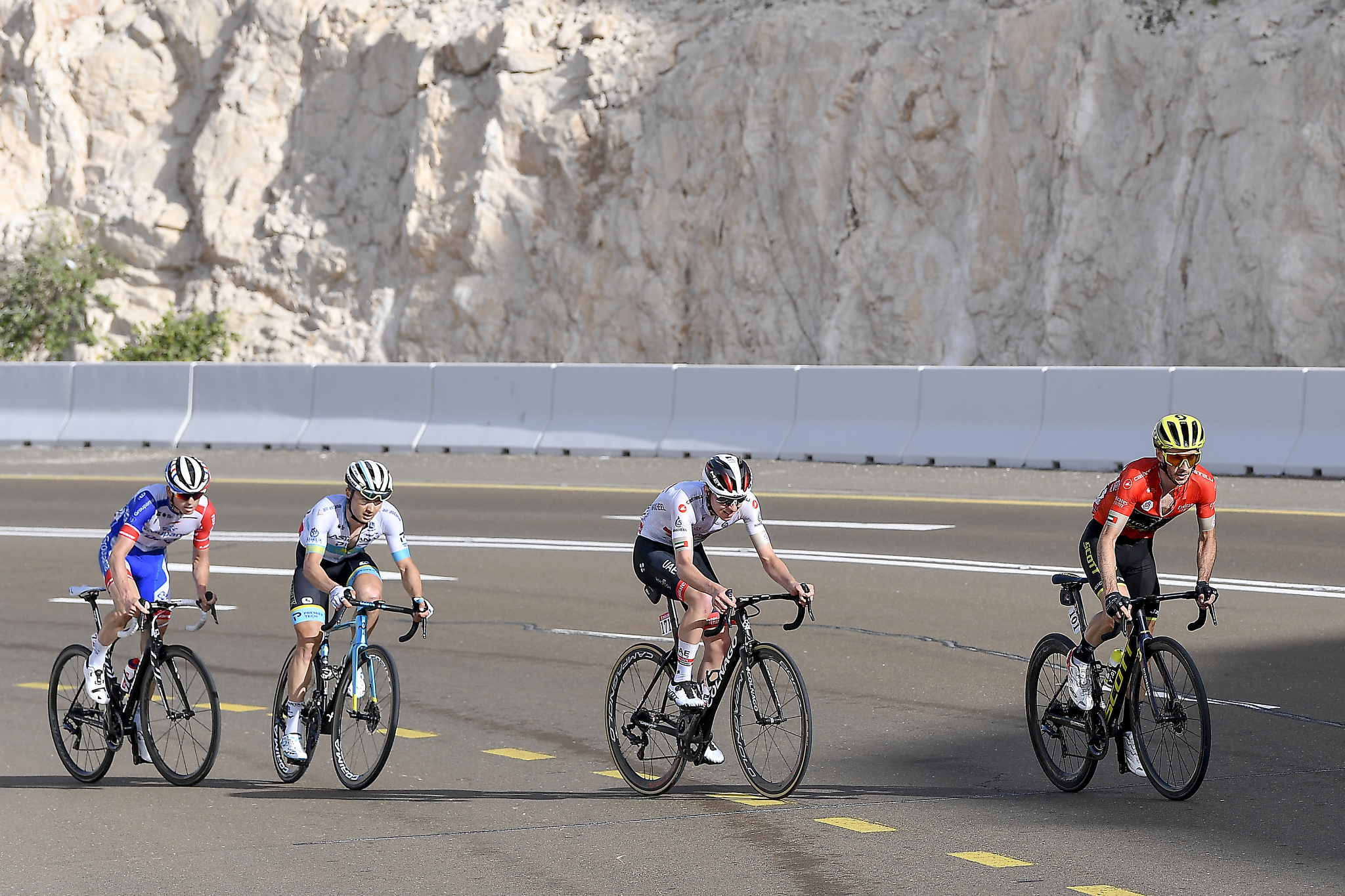 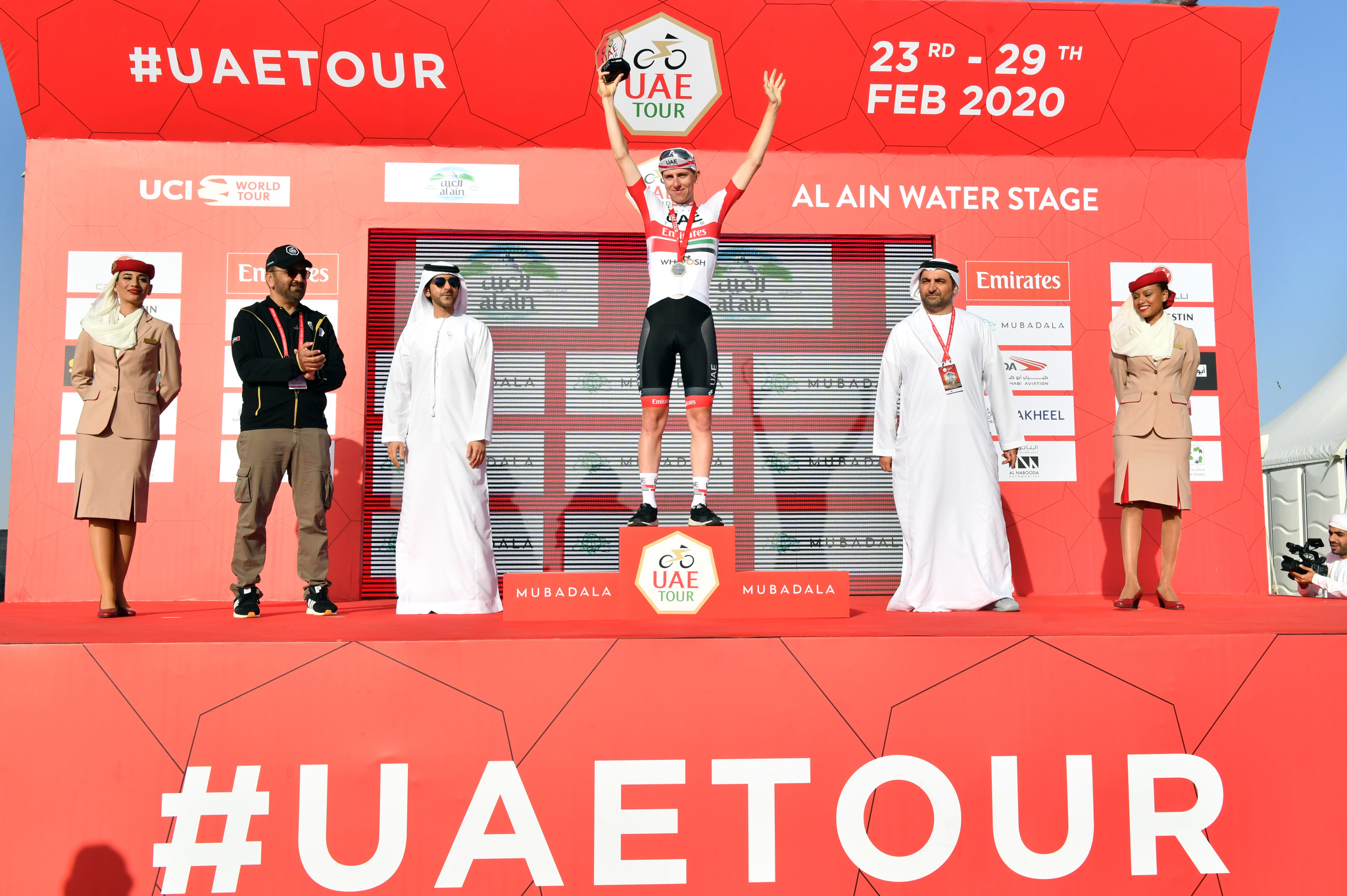 PRESS CONFERENCE
The Red Jersey leader of the GC Adam Yates said: “I felt good. For sure two days ago I got a big advantage but today all I did was stay with other key guys and out of trouble. That’s what it is. It’s all good. For sure I don’t want to lose the lead of this race any time soon. The next two stages are fairly flat but we’ll have to pay attention to the wind. Today it was windy and there were a lot of nervous guys, so we’ll just have to keep calm. Hopefully in two days’ time I’ll be here again to comment on the overall victory. It would be nice to get the first win in the first race of the season. I’ve been training well and the condition is there, so I wanna try and win the UAE Tour.”

Stage winner Tadej Pogacar said: “This is like a home race for my team and for me as well since I realized some fans had come from Slovenia to support me here. The dramatic finale makes it an amazing victory. I had to throw my bike on the line to beat [Alexey] Lutsenko. I’m super happy with winning here up Jebel Hafeet.” 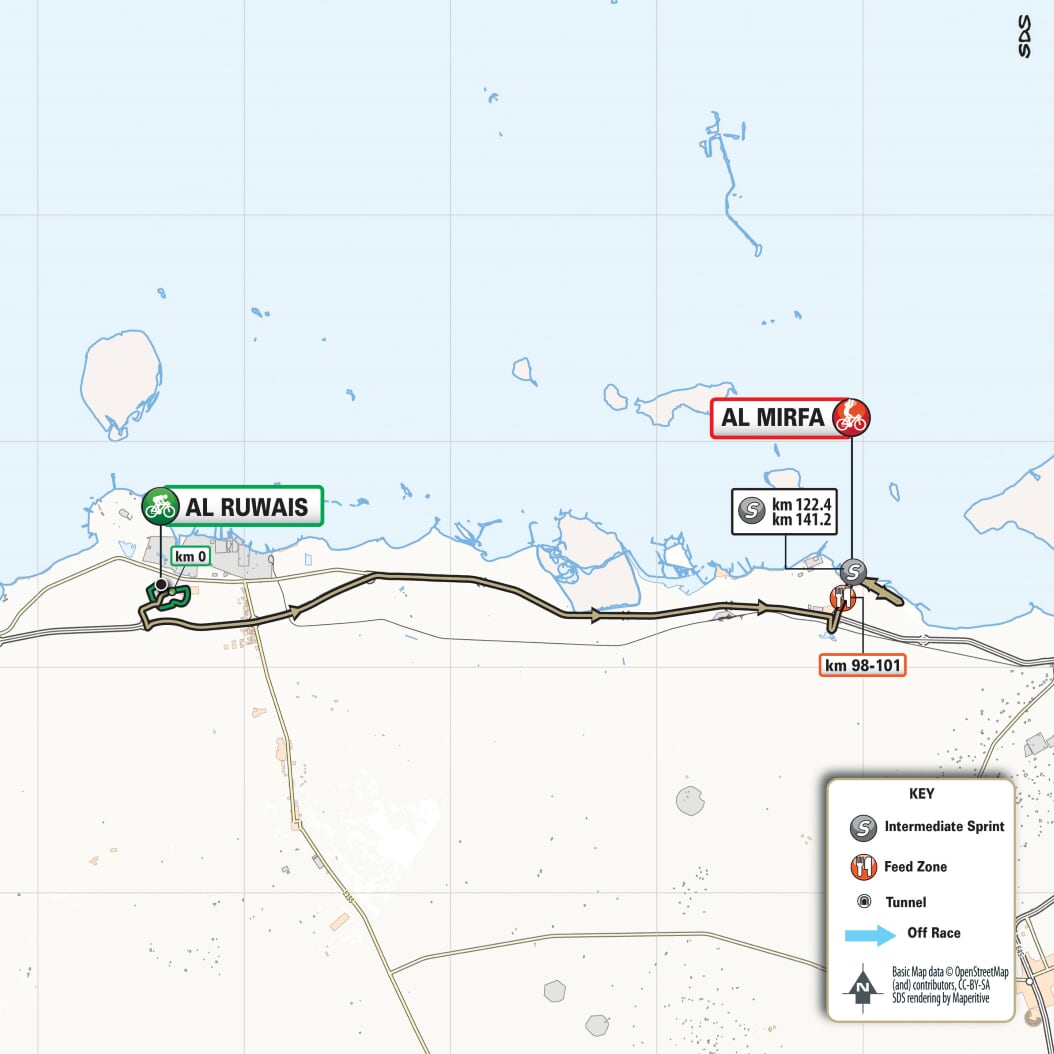 THE ROUTE
Stage 6 – ADNOC STAGE – Al Ruwais – Al Mirfa (160km)
The desert stage. Starting from Al Ruwais the route travels the entire E11 road which runs between the sea and the edge of the desert. The first part of the route is practically straight for almost 60km before entering the final 18.9km circuit of Al Mirfa which is to be completed three times.

Last km
The final circuit is on a perfectly paved wide road, and features some turns on large roundabouts and a short climb. The finish line is on 8m wide asphalt. 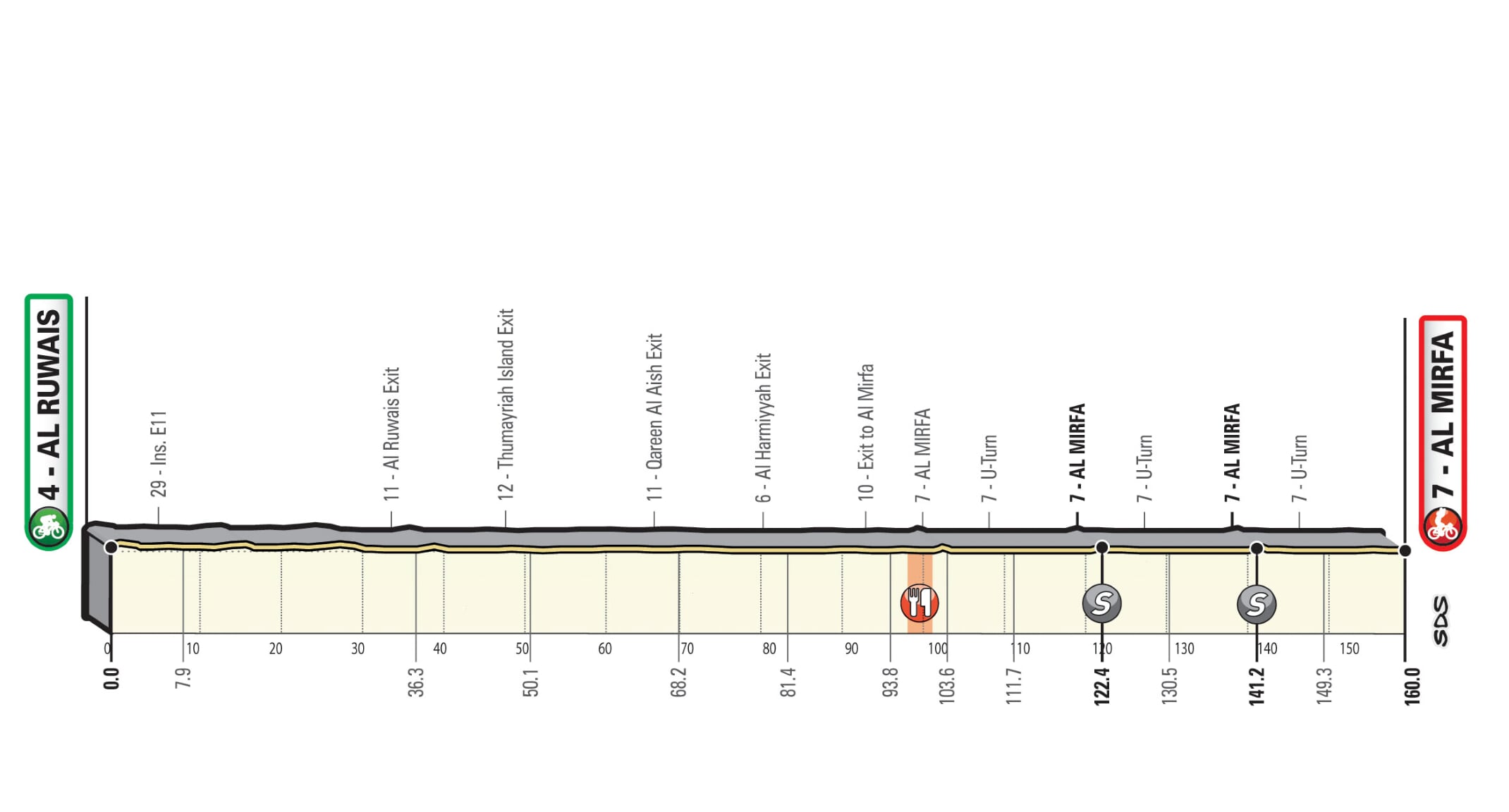 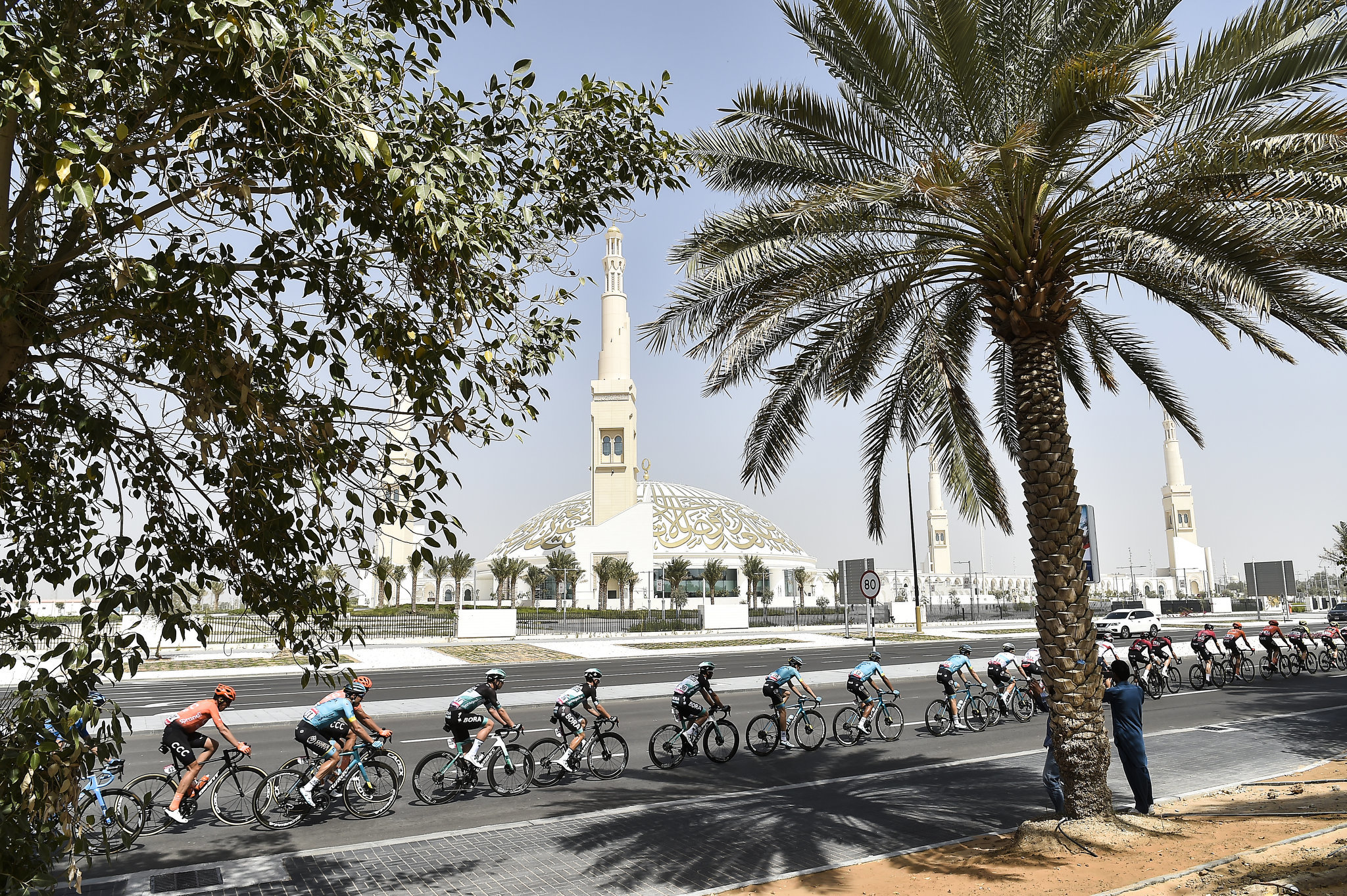