Abu Dhabi Breakwater, 27 February 2021 – Caleb Ewan (Lotto-Soudal) took his revenge as he managed to beat double stage winner Sam Bennett (Deceuninck-Quick Step) on the final stage of the 3rd UAE Tour while Phil Bauhaus (Bahrain Victorious), a former stage winner at the Abu Dhabi Breakwater, rounded out the podium. It was an eventful day with echelons that threatened to shake up the GC standings. Race leader Tadej Pogačar (UAE Team Emirates) and runner up Adam Yates (Ineos Grenadiers) were at the front throughout but the latter crashed after the peloton regrouped. Yates rejoined the bunch despite his injuries and preserved his spot on the final podium. João Almeida (Deceuninck-Quick Step) also retained his third place in what will remain the first overall victory for Pogačar at the UAE Tour. 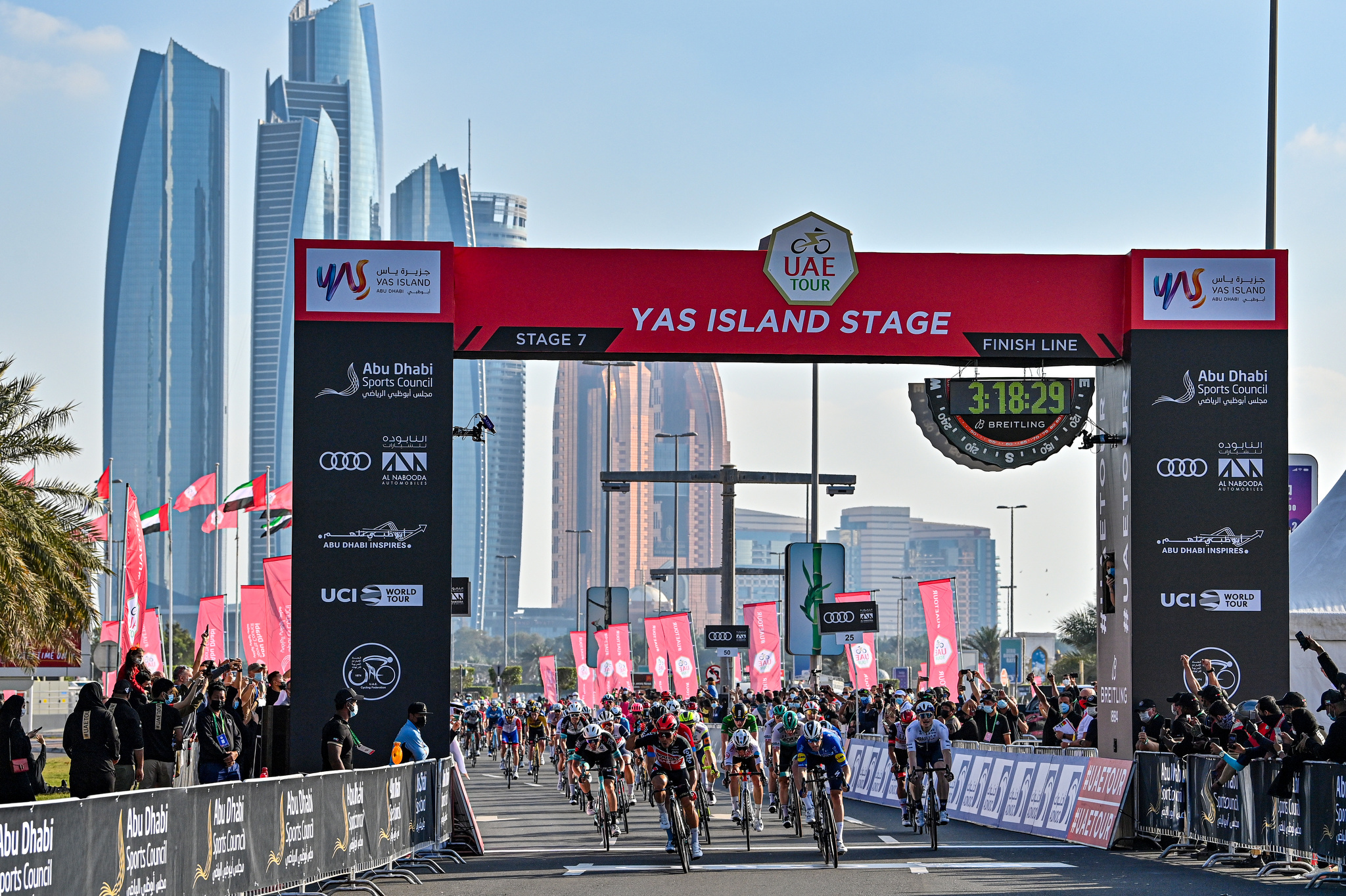 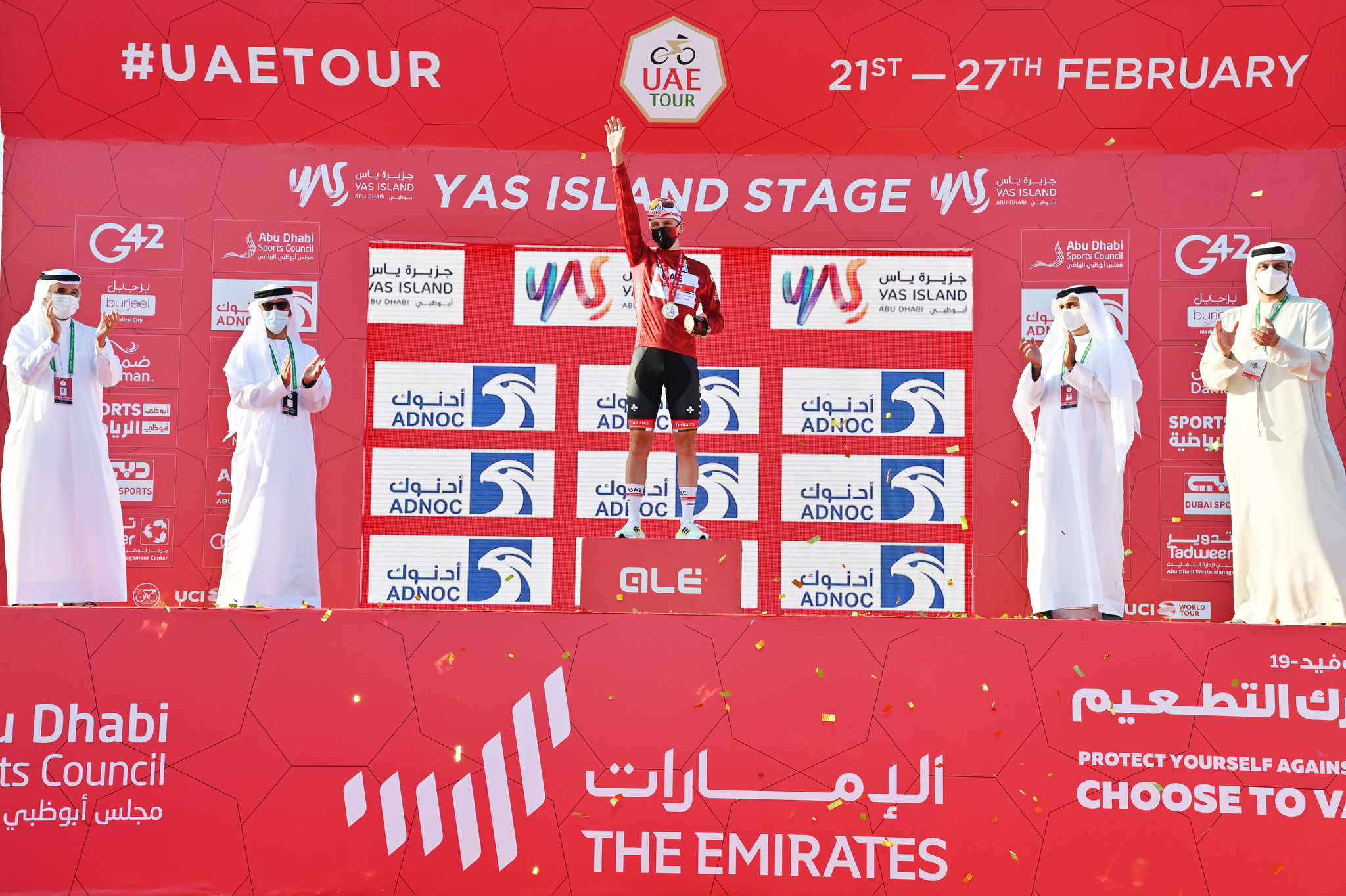 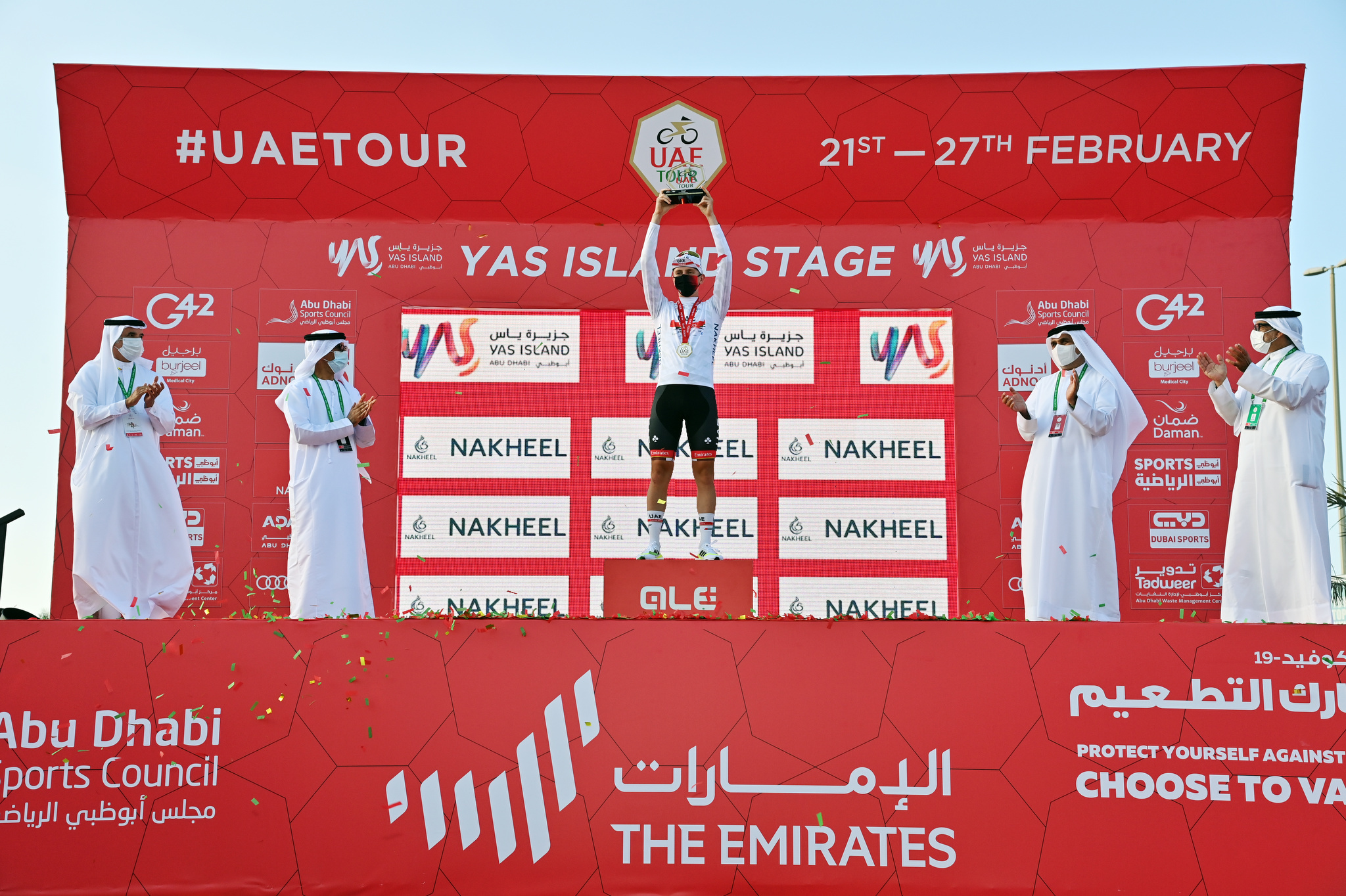 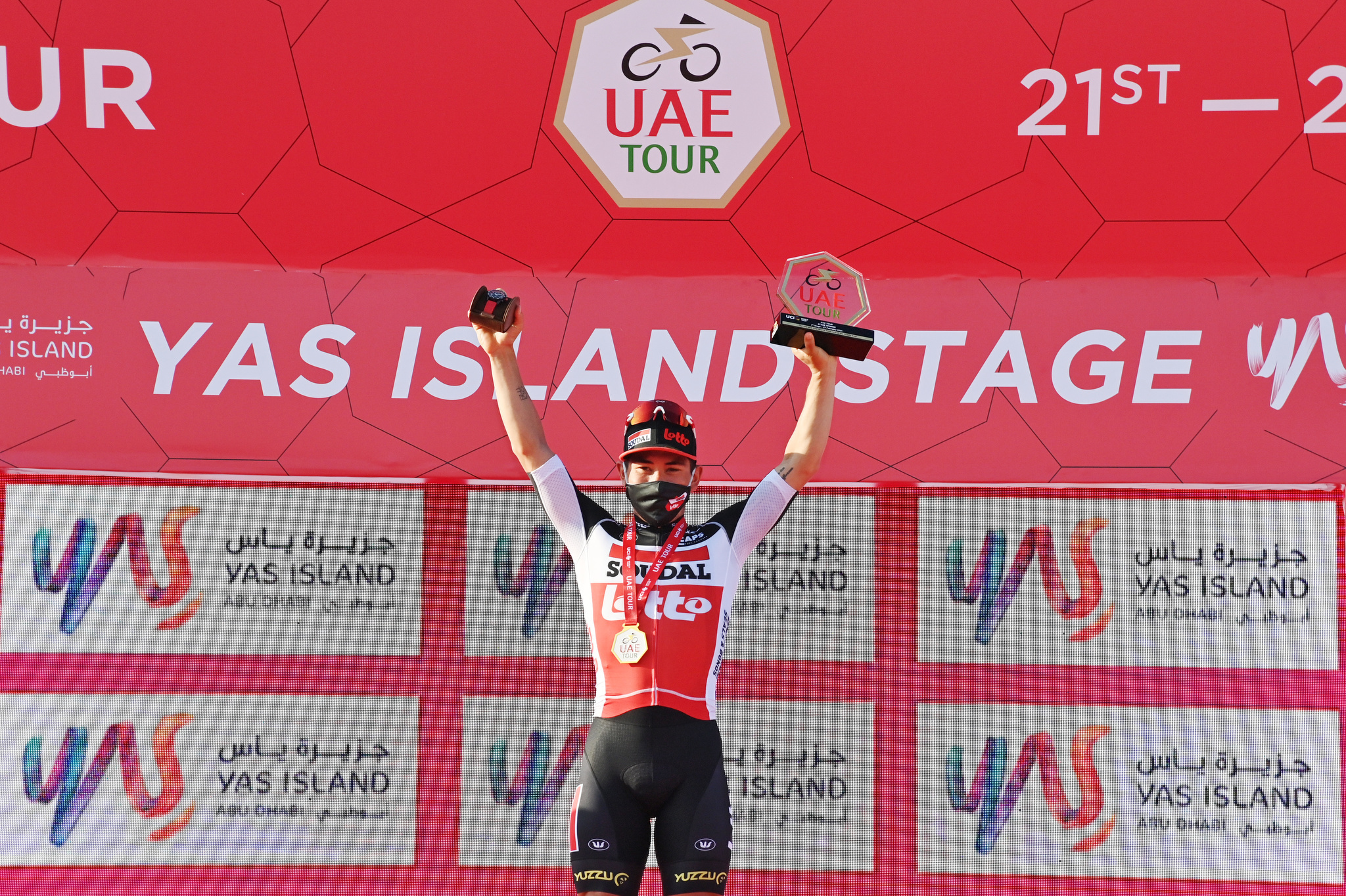 PRESS CONFERENCE
Tadej Pogačar, the winner of the third edition of the UAE Tour said in the press conference: “I feel super amazing. It’s one of the best races, for sure, with a really good organization, super good fans and support. I worked really hard for this, it’s really amazing, we’re happy and proud. I feel so comfortable here in the UAE. Every time I come here it’s like I’m home. It’s hard to win this race, but everything is possible. We focused on this event and now we’ll take it step-by-step this season. We’ll do Tirreno and then take a rest. We go race by race. The UAE Tour is great for the beginning [of the season] and I enjoy it. Every single victory will stay in my heart and is special to me.” Speaking about his next races in Italy this year, he added: “My form is good. It depends on the day and the weather. But I think we’re well prepared. It’s going to be hard though. There are a lot of good fighters competing against us. Strade Bianche is difficult, but I enjoy racing there. It’s one of the best for me. After Tirreno, I’ll do the classics, and prepare for the Tour [de France] and the nationals probably. I’ve got quite a busy schedule this year.”

The stage winner Caleb Ewan commented: “We came here knowing that it was gonna be four sprints and we’ve done three. And, obviously, the first stage, I wasn’t there, the second stage I was there, but I had to do too much of an effort before the sprint to really be competitive. We had one more chance, today. And there’s been a lot of pressure on me from the team to get the victory here. I felt it today, but I tend to perform well under pressure and I’m happy I got a win today. I think I’m stronger now than I have ever been. My climbing should be better… my sprint is better. I have two grand tours in my legs now. I should be better than I was the previous year. This is also my first victory as a father of two. And seeing my family tonight will be really nice.” 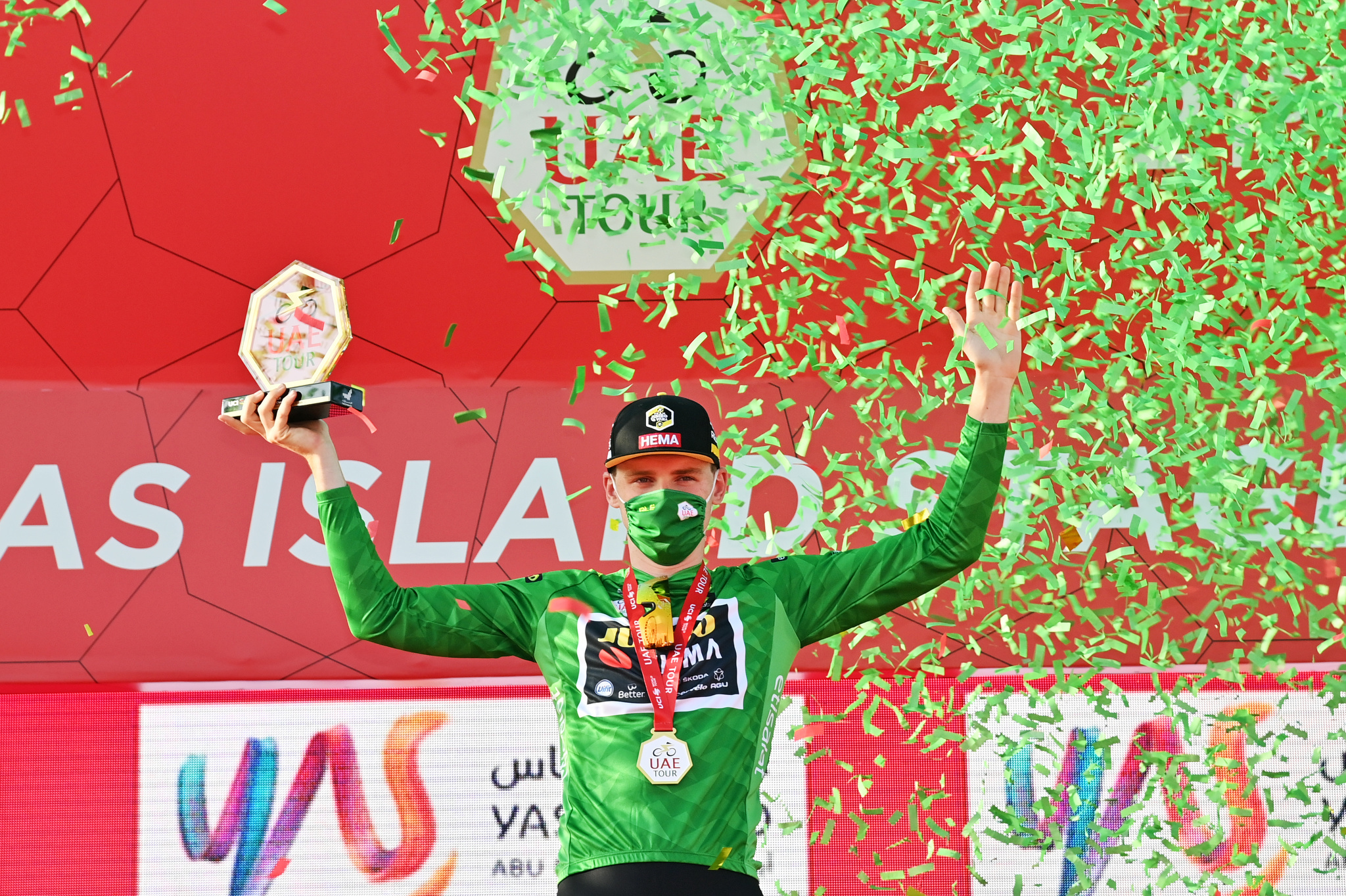 Green Jersey David Dekker said: “There was a bit of everything today. The biggest goal for me was to maintain the Green Jersey. I was in the first group in the echelons, which was important. After it came back together I had a little crash, but I managed to win the intermediate sprint after that and secure the Green Jersey. It was also a way to protect Chris Harper’s fourth place as EF Education – Nippo was fighting for it. It’s really cool to win the Green Jersey. One or two weeks ago I wouldn’t have imagined that. I’m very happy to achieve this.” 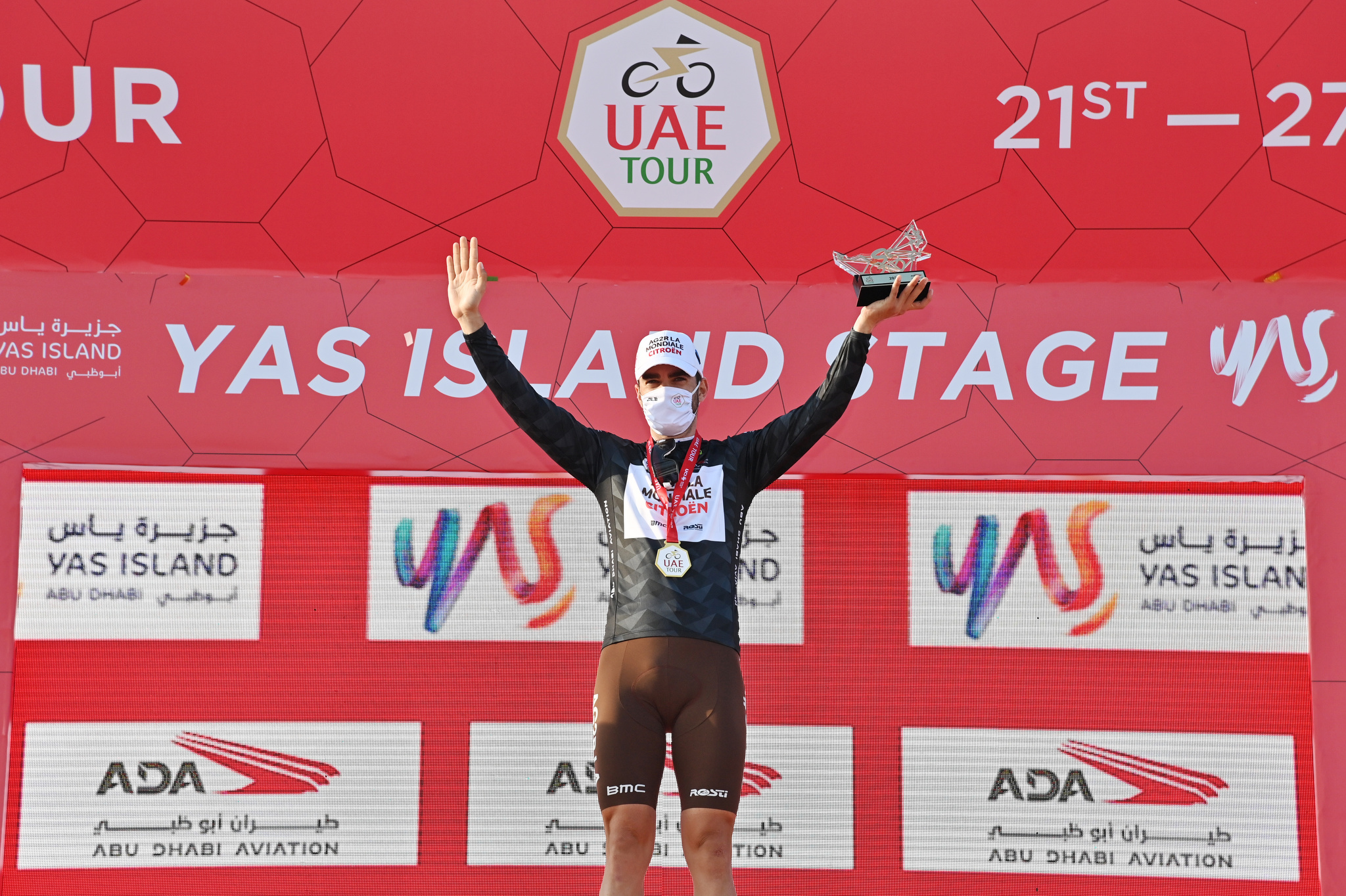 Tony Gallopin, winner of the Black Jersey commented: “I was quite happy to see that Thomas De Gendt, my rival for the Black Jersey, had to work for Caleb Ewan. So I could spend the day in the peloton. We were a bit disappointed after Stage 1. We made it up by taking part in the breakaways. The season is long and it was good to build up the shape here. It’s been a very nice race with hard stages and an interesting time trial.” 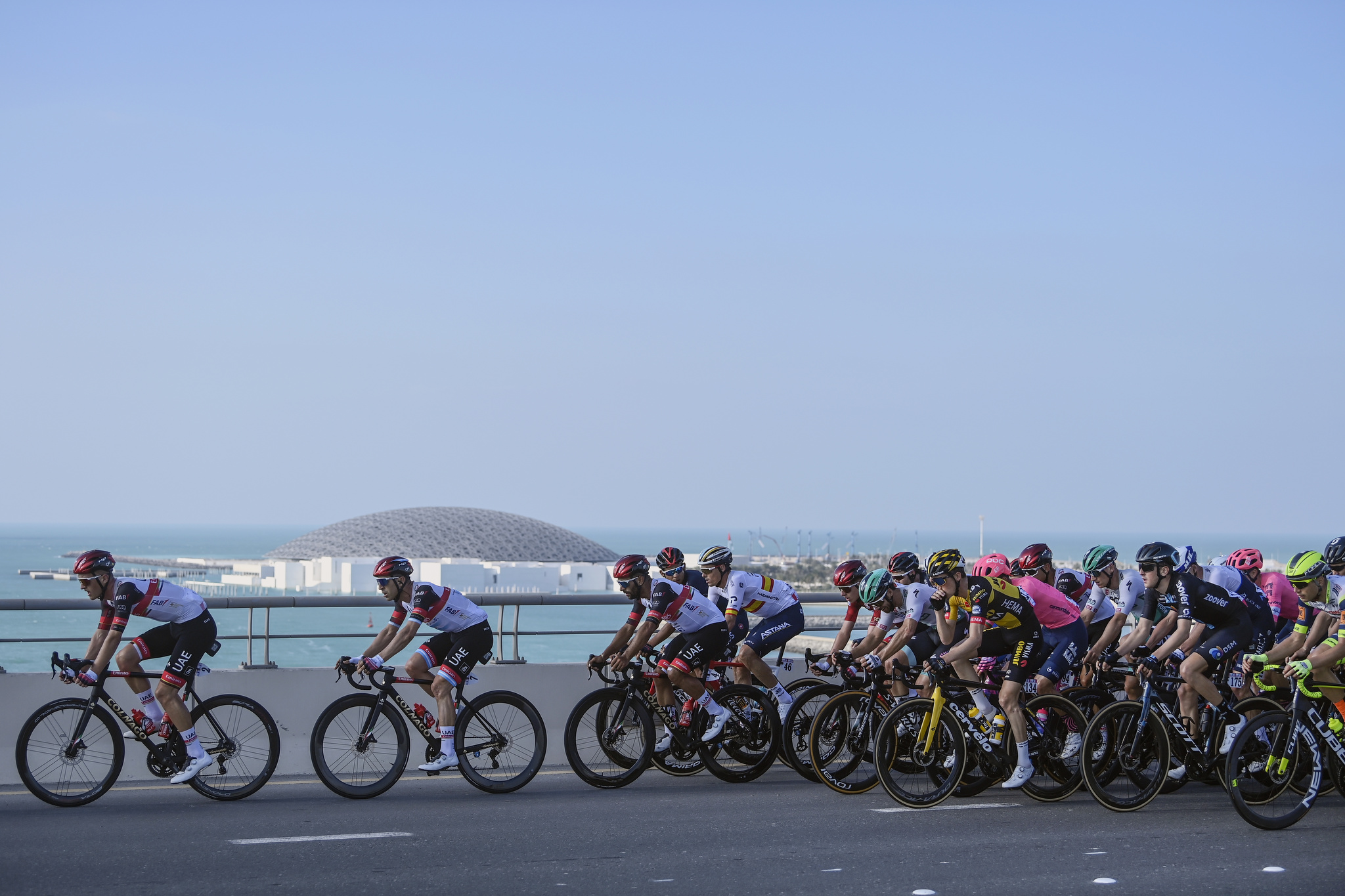 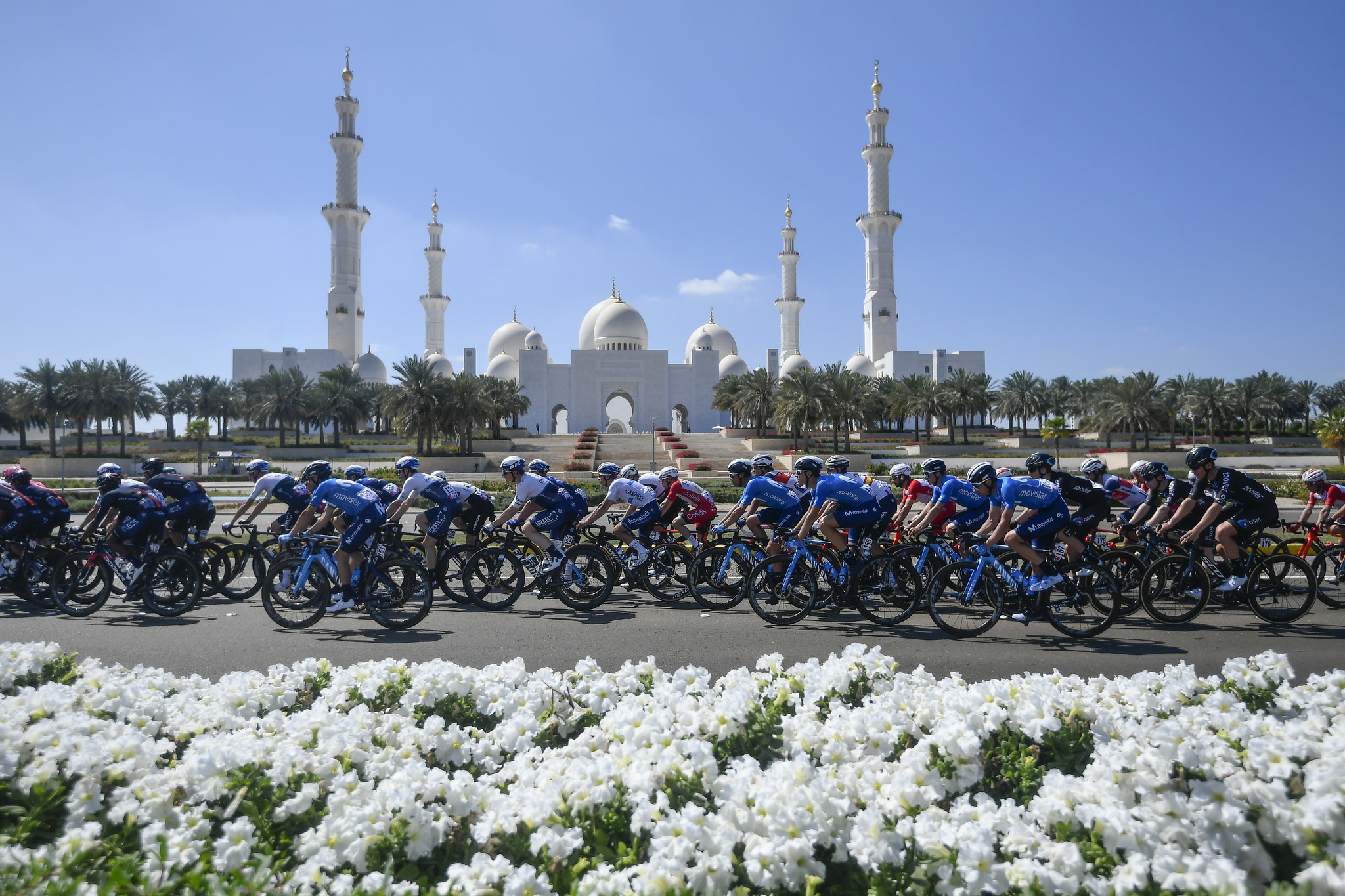