Van der Poel is now the leader of the GC and has been awarded the Red Jersey and the Green Jersey.

The stage was characterized by strong winds that split the peloton into several groups. João Almeida (Deceuninck – Quick-Step) won the stage’s two intermediate sprints and gained a 6” time bonus by doing so. Tadej Pogačar (UAE Team Emirates) sprinted to second place in the second intermediate sprint, gaining a 2” time bonus.

Speaking seconds after the stage finish, the winner and Red Jersey Mathieu van der Poel said: “I said I was coming here as a lead-out man but today I had good legs from the beginning. I was able to catch the group that went away after the first intermediate sprint and the wind made the race very hard, which played in my favor. I finished it off in the sprint but I didn’t expect this win at all. It means a lot to me to start my road season the same way I finished my cyclo-cross season.” 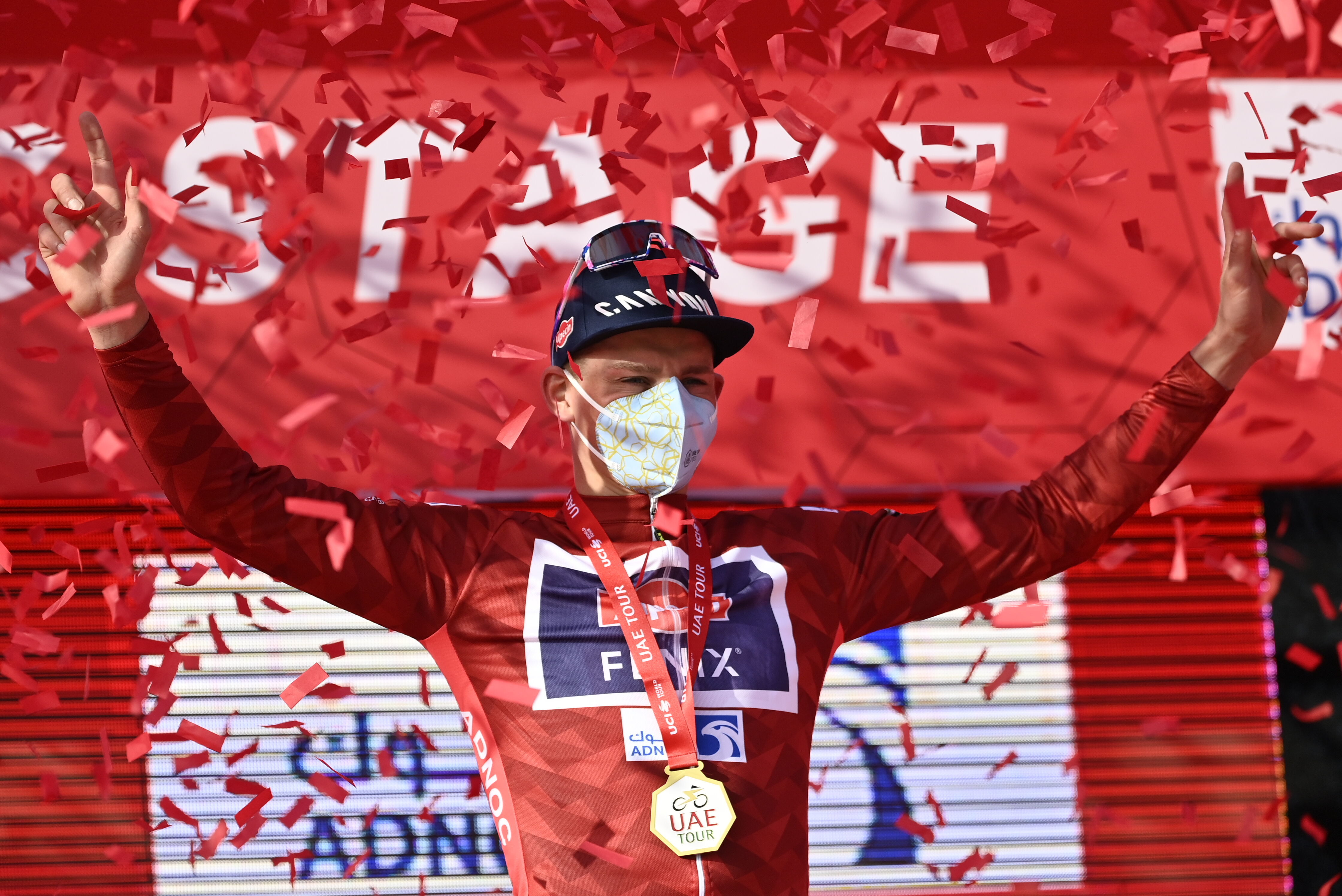